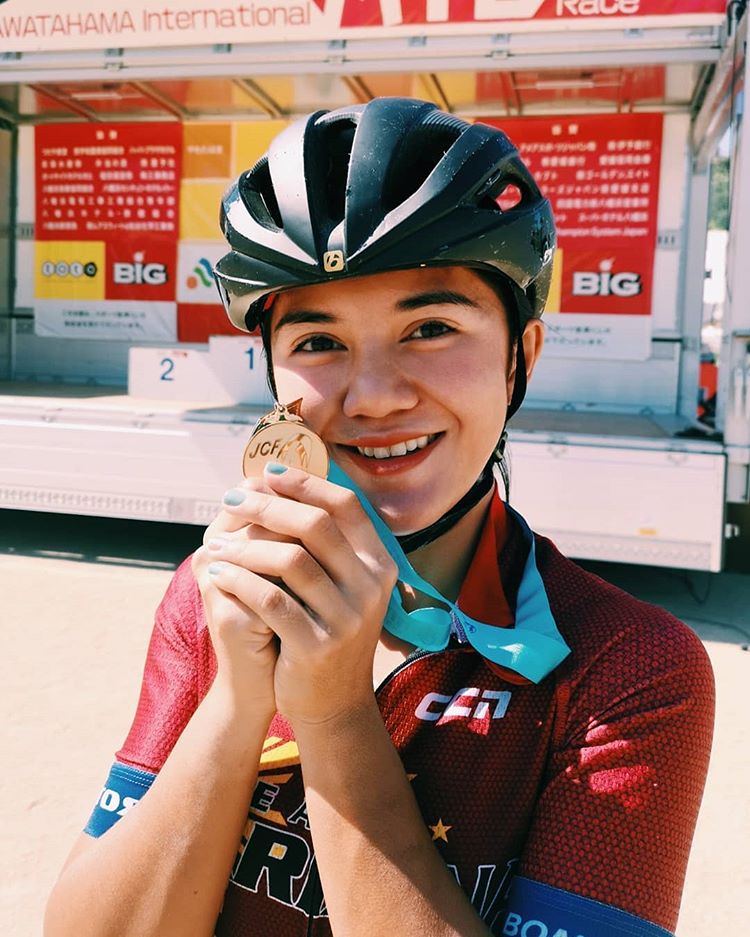 The Ilongga cyclist bagged the gold medal for completing the 21.50-kilometer race with the record of one hour, 18 minutes and 18.22 seconds.

Dormitorio bested Ya Yu Tsai of Chinese Taipei and Miho Imai of Japan in the cycling tilt held May 26 at Yawatahama, Japan.

The 22-year old Pinay champion cyclist also accumulated 60 valuable UCI points needed for a chance for her to be qualified in the upcoming 2020 Tokyo Olympics to be held in Japan.

“This will be a very crucial year because of all of the things that we’ve really worked hard for, eto na ‘yun. Eto na ‘yung final stretch to get there. We’re really looking forward to the Olympic qualifying,” the Filipina biker said in a media interview.

Dormitorio is also set to compete in Asian Mountain Bike Continental Championship to be held in Lebanon on July 25 to 28. The race is another Olympic qualifier competition.

READ MORE about Kim Mangrobang bagging the bronze medal at the Brasilia triathlon cup in Brazil.

Ariana Dormitorio will finish the Lebanon cycling race before coming home to the Philippines to represent the country in the upcoming Southeast Asian Games.

“My goal in the SEA Games is to win the gold, and I’m happy that somehow, I am regularly competing against those riders from Southeast Asia, so more or less, I am already very familiar with them,” Dormitorio shared.

READ MORE about Bambike, a bike made of bamboo developed by Filipino-American innovator Bryan Benitez McClelland