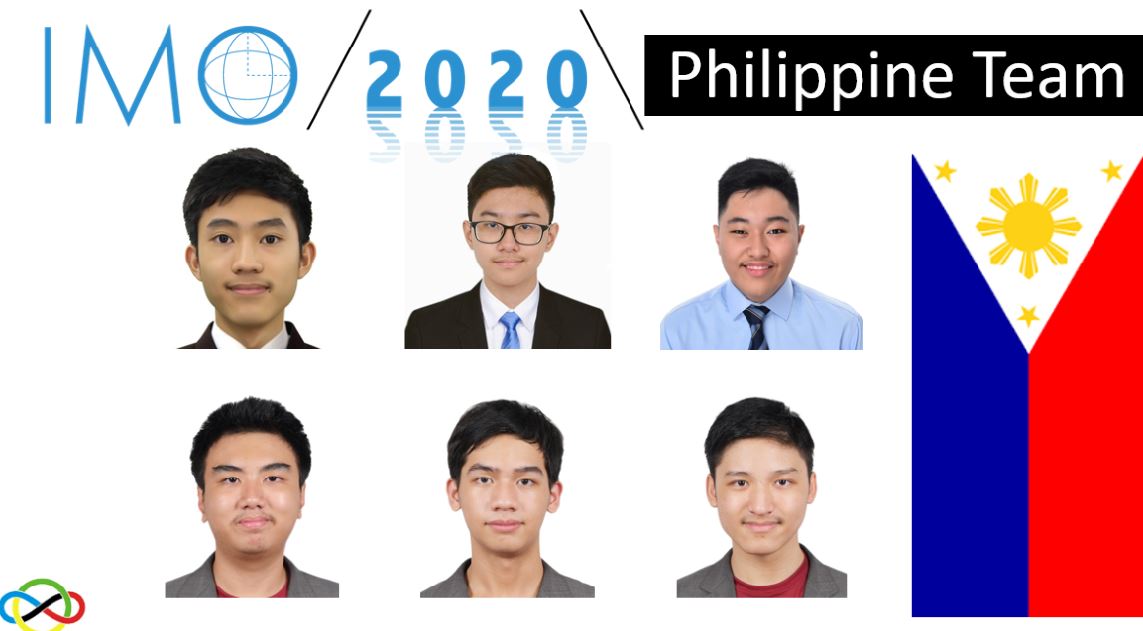 The list of Filipino students representing the Philippines in the first Online International Mathematical Olympiad (IMO) has been released.

The Mathematical Society of the Philippines (MSP) announced on July 29, 2020, the roster of the national team competing in the prestigious mathematics contest that will push through despite the COVID 19 pandemic.

The world championship mathematics competition for high school students will be held online from September 19 to 28, 2020.

This year’s Philippine representatives will include:

The announcement posted on the Department of Science and Technology – Science Education Institute (DOST-SEI) website explains that national team members were chosen at the end of the Mathematical Olympiad Summer Camp (MOSC), also done online. The MOSC is a rigorous training program that serves as a selection phase among the national finalists and winners of the Philippine Mathematical Olympiad (PMO).

DOST-SEI Director Dr. Josette Biyo congratulated the team and the MSP for “soldiering on” amid the challenges posed by the pandemic.

“We congratulate our national team for the 61st IMO. Although we’re living in very challenging times, your constant pursuit of excellence inspires us to do the same. We wish you all the best in the coming competition,” said Biyo.

Meanwhile, Sanchez, Balete, and Gonzales III each won bronze medals in last year’s IMO where the Philippines ranked 31st out of 112 countries.

The 61st IMO had been originally set to take place in Russia this July. Last year’s IMO transpired in the United Kingdom. All members of the Philippine team won medals.

Filipino mathletes also won a total of 269 awards including 27 golds in Singapore.

SEND CONGRATULATIONS AND WELL WISHES in the comments below to the Filipino students representing the Philippines in the first Online International Mathematical Olympiad.