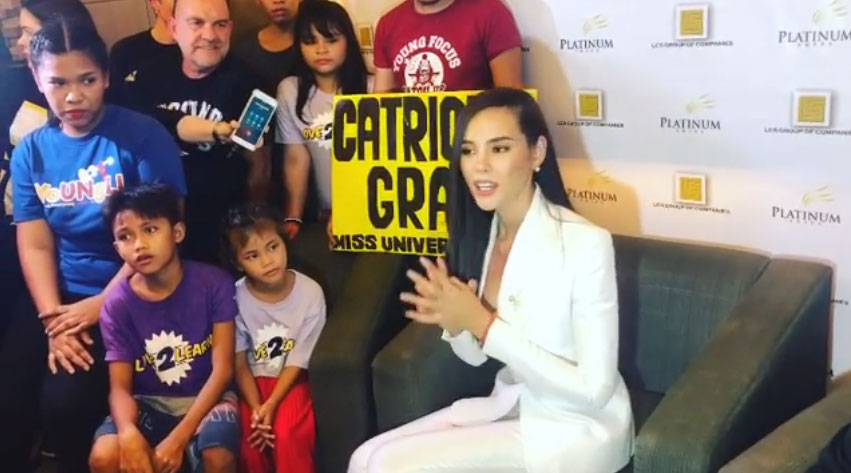 Miss Universe Catriona Gray is home for a brief visit to the Philippines and has met the children of the Manila slums she has been working with as her first official duty.

The Filipina beauty queen is on an unofficial homecoming stop in Manila with the visit to the Young Focus children of Tondo as part of her itinerary.

Gray has championed the plight of the poor children during her Miss Universe campaign and has pledged to continue her work which she began years ago.

The 4th Miss Universe of the Philippines encouraged everyone to get into the spirit of giving this Christmas as she endorsed the Young Focus program to provide Christmas packages for the children and their families.

The Filipina-Australian beauty is back in the country after winning the crown on December 17 in Thailand. She rode a private jet courtesy of businessman Chavit Singson, accompanied by Philippine media.

As Gray flew back to the Philippines, Miss Universe social media posted a video from the coronation night of Gray expressing her gratefulness to her countrymen.

“I just wanna say thank you to the Philippines, my country. You know, you guys have supported me all through this and if not for you, I would not have had the endurance or spirit to do what I do,” Gray said to the camera as she held her crown while being whisked off to her other Miss Universe duties for the night.