The University of the Philippines Visayas College of Fisheries and Ocean Sciences (UPV-CFOS) Institute of Aquaculture has received the Science for the People award for the Philippines’ first microalgae paste, Juan Algae, a natural and cost-effective feed for aquaculture.

UP Visayas received the Outstanding Technology Commercialization Award from the Department of Science and Technology (DOST) for the successful development of its research into a viable product now available in the market for use by the aquaculture industry’s shrimp, milkfish, and other high-value fin-fishes.

Juan Algae is manufactured by Algacon Aquafeeds Manufacturing (AAM), the spin-off company headed by its chief executive officer, Soledad Garibay, who accepted the award during DOST’s 64th-anniversary celebration on June 13, 2022, in Manila.

The microalgae paste is an innovative and cost-effective steady supply of natural feed in hatcheries that Garibay, a researcher from the UPV Institute of Aquaculture, developed from different algal species.

Juan Algae is made of concentrated microalgae cells, which can be directly used as feeds to copepods, rotifers, and early larval stages of milkfish, shrimps, and other high-value fin-fishes. 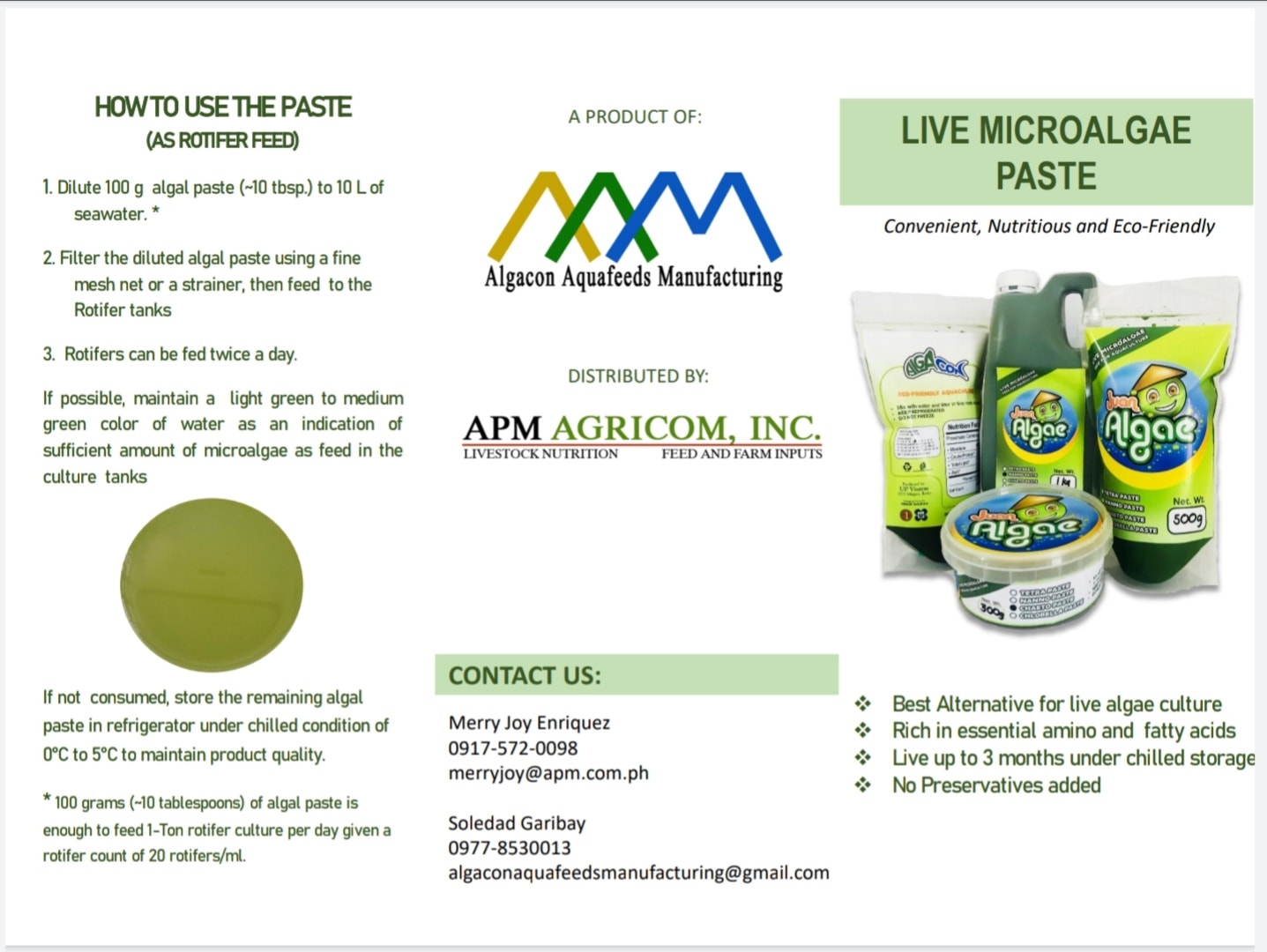 Garibay said in 2019 during a media briefing at the Philippine Council for Agriculture, Aquatic and Natural Resources Research and Development of the Department of Science and Technology (DOST-PCAARRD) that the newly developed local feed is a better alternative to buying expensive imported, frozen and non-viable microalgae products or procure other algal inoculum to start a culture.

Garibay said a 30-kilogram ready-to-use Juan Algae costs PHP18,000, which would reduce to around 25 percent the cost for aquaculture operators compared to the conventional hatchery protocol using live microalgae culture, which can cost PHH 22,500 due to labor and maintenance costs.

Juan Algae and the live microalgae’s performance showed the same results in terms of density with respect to time while the growth of milkfish fed with live microalgae and microalgae paste had no significant differences.

Having a shelf life of three months from the time of production, Juan Algae can also be used as a starter to produce another batch of live microalgae culture, Garibay added.

She said the project tested the microalgae species, Nannochloropsis sp., in hatcheries located in Lucena City, Quezon and Dumangas, Iloilo, as well as in the UPV-CFOS-IA Multi-species hatchery.

The university innovation went through pre-commercialization efforts, including market analysis and product validation before its present product release.

UP Visayas research has also developed food for terminally ill patients and disinfectant alcohol from sugar byproduct which the university donated to hospitals and frontliners during the COVID-19 outbreak.

SEND CHEERS in the comments below to UP Visayas for receiving the Science for the People award for the successful commercialization of its R&D innovation, Juan Algae!