A simple, inexpensive way to maintain coffee quality has been developed by Filipino researchers.

A coffee moisture meter designed for green coffee beans and coffee parchment was developed by researchers from the Philippine Center for Postharvest Development and Mechanization (PhilMech).

The PhilMech research team led by Engr. Arlene C. Joaquin developed the non-destructive moisture meter to provide coffee farmers, buyers, and processors an “alternative against the traditional, subjective, slow, destructive and costly way of moisture content measurement,” according to a report from the Philippine Council for Agriculture, Aquatic, and Natural Resources Research and Development of the Department of Science and Technology (DOST-PCAARRD), funding agency of the project.

In partnership with a local electronic company, the team made a prototype unit coffee moisture meter using a capacitive sensor oscillator circuit for both green coffee beans and coffee parchments.

Joaquin, in a project report, indicated that the prototype moisture meter is sufficiently accurate for three coffee varieties: Coffea arabica, Coffea liberica, and Coffea canephora for both green coffee beans and coffee parchments. This was the result of calibration experiments and validation tests conducted at PhilMech, Nueva Ecija.

It is important to know the amount of moisture content in coffee parchment and beans to maintain high cupping quality. Green coffee bean with high moisture content (greater than 12 percent wet basis), can deteriorate due to bacteria, mold, and yeast. On the other hand, coffee beans with less than 9 percent moisture will shrink and become distorted, making them appear as low quality beans. To ensure the best quality in coffee, monitoring its moisture content at all times after it is dried is necessary to command a better price at the time of sale. 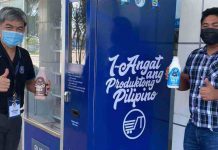 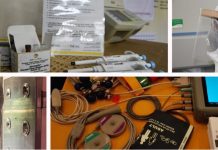