The Philippine robotics team from Taguig brought home the gold and silver from two events at the 2017 FIRA RoboWorld Cup in Taiwan.

Creating robot versions of boxing champ Manny Pacquiao and Olympic swimmer Michael Phelps, the Taguig team won the Gold Trophy for Youth U19 Cliff Hanger event, and the Silver in the Youth U19 Mission Impossible event after they successfully made a robot that knocked out another, and another one float in water.

In the Mission Impossible category, the team was given three hours to build and program an 8.5 by 11.0 inches robot with the use of limited materials such as styrofoams, popsicle sticks, BBQ sticks, glue stick, microcontrollers, DC motors, paper cups, distance and ultrasonic sensors.

The robot should then be able to float while following a line path placed underwater, and finally hook a treasure chest placed at the other side.

Team adviser Sheryl Tabernero led the Taguig group of students in their first international robotics competition at the 2017 FIRA RoboWorld Cup, she said the passion and interest of members of the Taguig Robotics Team — are the very reasons they performed way better than they ever imagined. 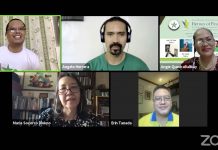 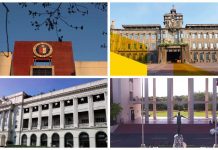 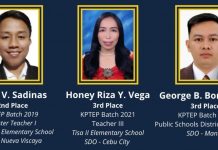