The five Filipino higher education institutions are among the over 1,000 organizations representing over 10 million students across the globe listed in the Race to Zero for Universities and Colleges.

The campaign lists members of the education sector working on campaigns to build momentum and send governments a message that multiple sectors are united around the shift to a decarbonized economy that prevents future threats, creates decent jobs, and unlocks inclusive, sustainable growth, in time for November 7, 2022, the day before the next UNFCCC or COP27 begins.

The Philippine educational institutions represent over 21,000 students working together to encourage the transformation of campuses into climate and Sustainable Development Goals (SDG) laboratories where students are the policymakers and action-leaders of tomorrow.

The Race to Zero campaign mobilizes a coalition of leading net zero initiatives, representing 1,049 cities, 67 regions, 5,235 businesses, 441 of the biggest investors, and 1,039 Higher Education Institutions. These ‘real economy’ actors join 120 countries in the largest ever alliance committed to achieving net zero carbon emissions by 2050 at the latest. Collectively these actors now cover nearly 25% global CO2 emissions and over 50% GDP.

Each of the five universities joined the Race to Zero for Universities and Colleges campaign by committing to the following:

The Race to Zero global campaign is powered by the UN Environment Programme, EAUC & Second Nature and involves universities, colleges, and partners around the world who have signed up for the initiative.

DLSUD and Tarlac Agricultural University are among the 8 Philippine schools in the Greenmetric World University Ranking for sustainable practice in schools.

SHARE THIS STORY to encourage more Philippine universities and colleges to join the Race to Zero for Universities and Colleges global campaign to address climate change. 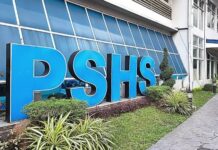