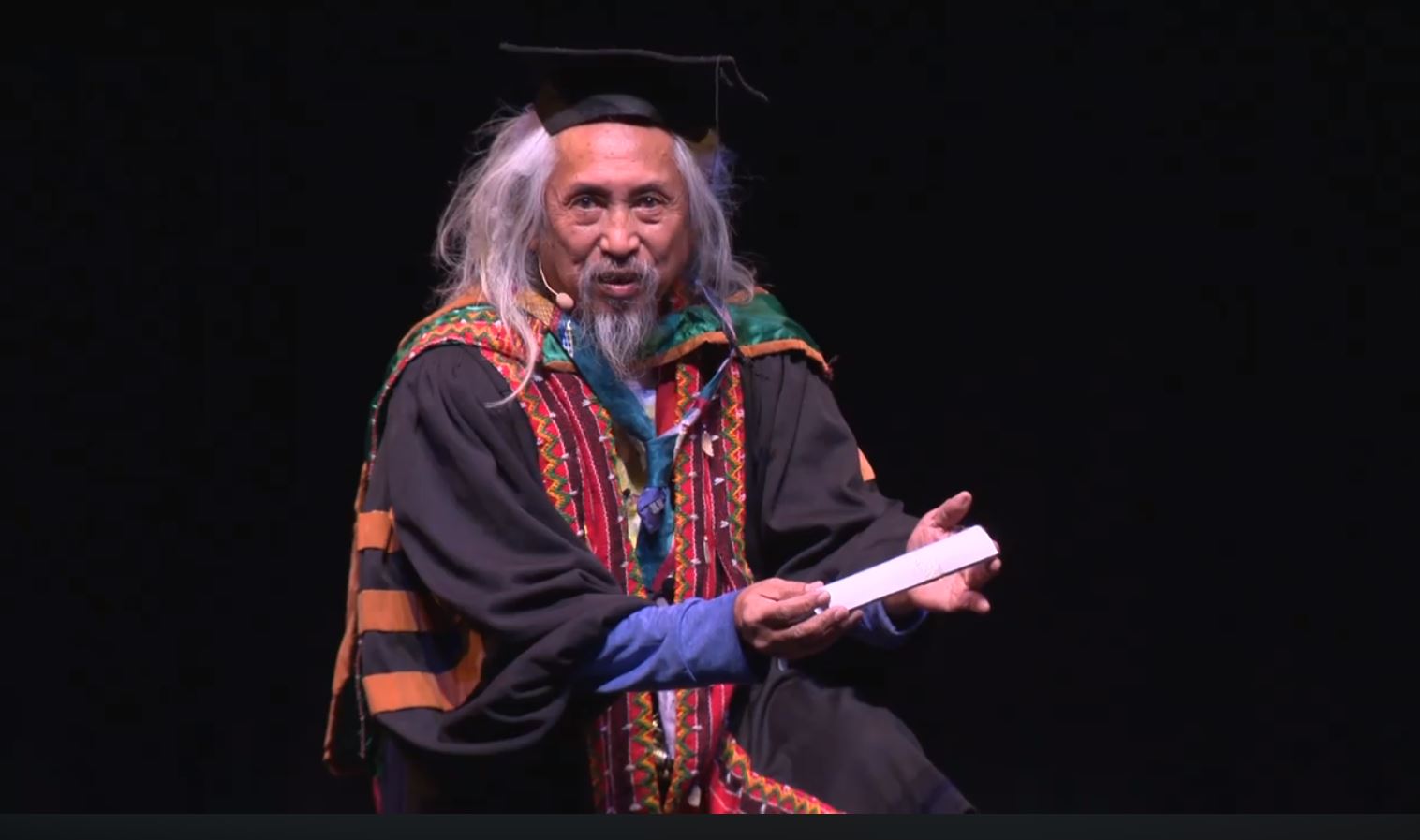 Filmmaker Kidlat Tahimik a.ka. Eric de Guia was awarded as Prince Claus Laureate by the Royal Palace in Amsterdam in the Netherlands for his achievements in filmmaking.

Acclaimed as the “Father of Independent Philippine Cinema” or the “Godfather of the Filipino New Wave”, Kidlat’s work ranges from film and photography to weaving, free-style architecture and carved installations.

Proclaimed as National Artist for Film and Broadcast Arts in October 2018, the filmmaker from Baguio was celebrated in the presence of Their Majesties King Willem-Alexander and Queen Máxima and their Royal Highnesses Princess Beatrix and Princess Mabel of the Netherlands, as Prince Claus Fund Board Chair His Royal Highness Prince Constantijn, presented the Principal Prince Claus Award to the laureates.

Kidlat Tahimik is the third Filipino to be honored at the Amsterdam Royal awards after filmmaker Lav Diaz received his award in 2014 and musicologist Elena Rivera Mirano 2001.

Kidlat Tahimik was given recognition as an artist whose work revolves around a culture under pressure. He generously gives his time mentoring young creatives and promoting independent creativity in workshops.

In the Prince Claus video highlights, Kidlat Tahimik and the Prince Claus award organizers talk about how the Filipino filmmaker takes on the challenge of going against the flow of Western filmmaking to raise indigenous stories told from the perspective of locals.

“Kidlat Tahimik from the Philippines is one of those creative persons that is impossible to classify. He has made his life the way he really felt with this creative force that is inside of him. He is simply an independent soul that finds any possible medium to transform the world,” Manuel de Rivero of the Awards Committee said.

Hoor Al Qasimi of the Prince Claus Awards Committee emphasized the Filipino’s value to society saying. “Kidlat is an inspiration to a lot of young artists and filmmakers and I think it’s time that he got recognized for this part of his work.”

The Prince Claus Awards presented Kidlat Tahimik as the man behind the film – his first – “Perfumed Nightmare” (1977) which won the International Critics Award in Berlin. He was also cited for his environmental and indigenous rights advocacies that led him to create a cinema within a ship perched atop stilts and which features the history of Magellan and post-colonial Philippines.

Kidlat Tahimik was feted along with 6 other cultural workers from around the world in Prince Claus Awards ceremonies held in Amsterdam in December 2018.