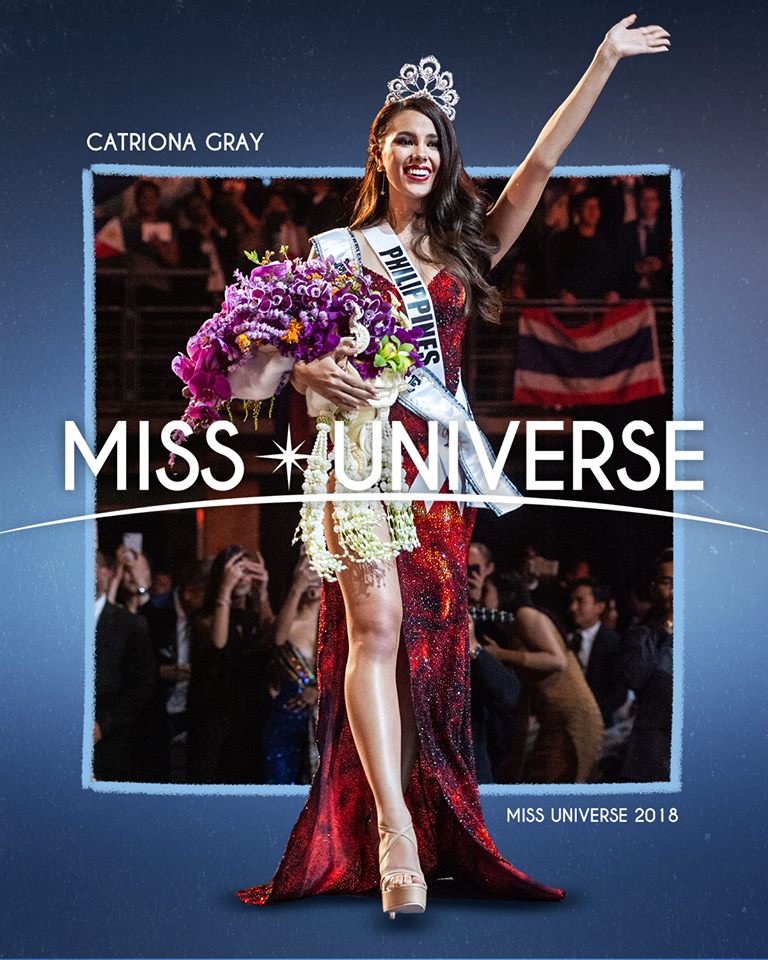 The Filipina beauty queen bested 93 other contestants to bring home the country’s fourth title in the pageant that dramatically crowned Pia Wurtzbach in 2015, ending the 42-year title drought for the country after Margie Moran won the title in 1973 and Gloria Diaz won the first in 1969.

Gray, the first to give her response to the final question for the top 3 finalists, talked about working with the poor and finding beauty despite the harsh conditions and bringing her positive outlook to her Miss Universe reign.

And would bring this aspect as Miss Universe to see situations with the silver lining, and to assess where I could give something, where I could provide something as a spokesperson. And this, I think, if I could also teach people to be grateful, we could have an amazing world where negativity could not grow and foster. And children will have a smile on their faces,” the Miss Philippines bet said, earning thunderous cheers from the audience.

On her first appearance on the Miss Universe stage at the start of the coronation ceremonies, the singer-musician acknowledged the Filipinos rooting for her telling host Steve Harvey how she would write a song titled “Raise Your Flag” because she was “not standing as one but as the 104 million Filipinos.”

Filipinos around the world watched as the 24-year-old beauty queen first made it to the top 20 semi-finalists as one of the top 5 from the Africa and Asia Pacific region, then winning a spot in the top 10 after her smooth 15-second opening statement on issues around the world.

Her opening statement focused on the child support amidst the depressed areas in the Philippines.

“Working in some of the poorest areas of my country, I found that it was a lack of child support, not poverty that killed their dreams. A child once told me, ‘Cat, that’s not my life and those dreams aren’t just meant for me.’ But I stand here today, because someone believed in me and we owe it to our children to believe in them. Khob khun ka.”

Miss Philippines also aced the swimsuit competition with her now-legendary slow-mo turn wearing the same pink bikini she wore during preliminary competition which earned her the world’s attention.

After wearing the Miss-Universe-Mikimoto-crown and Ibong-Adarna-inspired long gown in preliminary, Gray claimed the stage on coronation day wearing a lava-red flaming gown created by Kapampangan designer Mak Tumang, a homage to the Mayon Volcano in Albay – Catriona Gray’s hometown.

The Filipina-Australian beauty wore her “three-stars-and-a-sun” ear cuff pattered after the Philippine flag.

2018 Miss Universe Catriona Gray won over the South Africa contestant, the country where the 2017 Miss Universe hails from, and against pageant powerhouse country, Venezuela.

Watch Miss Universe Catriona Gray being crowned in this video

With reports from Atom L. Pornel and Aurora Quadra-Balibay. Images from Miss Universe.