Clark International Airport’s (CIA) new terminal building has been chosen to be a finalist in the 2021 World Selection of the prestigious Prix Versailles Architecture and Design Awards.

The new passenger terminal design of one of Asia’s Best Airports that celebrates modern Filipino architecture and design was named in July as one of the top six finalists under the Airport Category of the Prix Awards for innovative qualities, creativity, and design connection to the culture and heritage.

“This nomination is a recognition of the outstanding qualities of Clark International Airport – even with the fluidity of its state of art technology, this Airport reflects a deep sense of place as it takes inspiration from the natural formations and surrounding landscape,” said Bi Yong Chungunco, Chief Executive Officer of the Luzon International Premiere Airport Development Corp (LIPAD), the consortium in charge of the airport’s operations and maintenance.

The LIPAD official cited the role of Populous, lead interior designer and retail planner for the new terminal which ensured that the Filipino culture and aesthetic reverberated through all aspects of interior design. 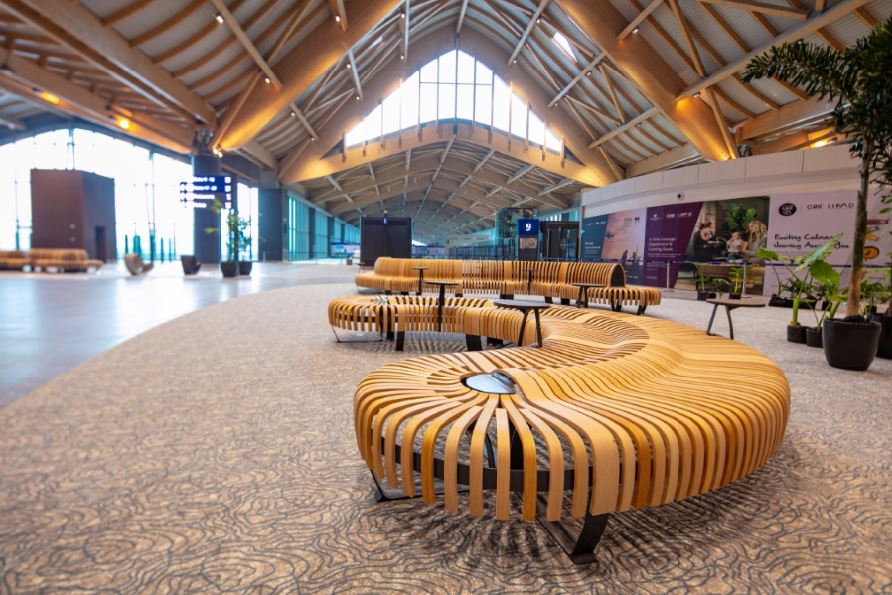 Populous Architect, Ben Dawson, said “Passenger experience was at the heart of this design. We believe the Philippines will be proud of Clark International Airport which draws on the energy of the local people and the environment as inspiration for the interior design and key feature installations throughout the terminal’s event spaces”.

Chungunco added that aside from its modern features, the airport is proudly inclusive because of thoughtful features such as a dedicated OFW lounge, walk-through commercial spaces, gender-neutral toilets, and elevators and escalators in each boarding gate – making the terminal accessible to all.

According to Chungunco, this distinction as a finalist is timely. It comes at a time when the Filipinos, along with the rest of the world, are in great anticipation of better times and hopeful about the decline of the pandemic. “When travel is relaxed, which most probably be in phases, Clark International Airport will be there to delight passengers and as a fitting testament to Philippine capacities,” she states.

This four-level terminal is on an area of 110,000 square meters and has the capacity to accommodate eight million passengers annually.

The winners will be announced in the World Awards Ceremony at the UNESCO Headquarters in Paris by November.

How to Secure Your Personal Data from Online Fraudsters