Catantan, who marked a memorable debut playing for Penn State during the Ohio State Invitational, led the Nittany Lions’ women’s fencing team on the first day of the Garret Open held in University Park on November 6, 2021.

The Filipina fencer who took the All-America honors at the 2021 NCAA went on to defeat another Columbia bet, Delphine de Vore, in the gold medal round. 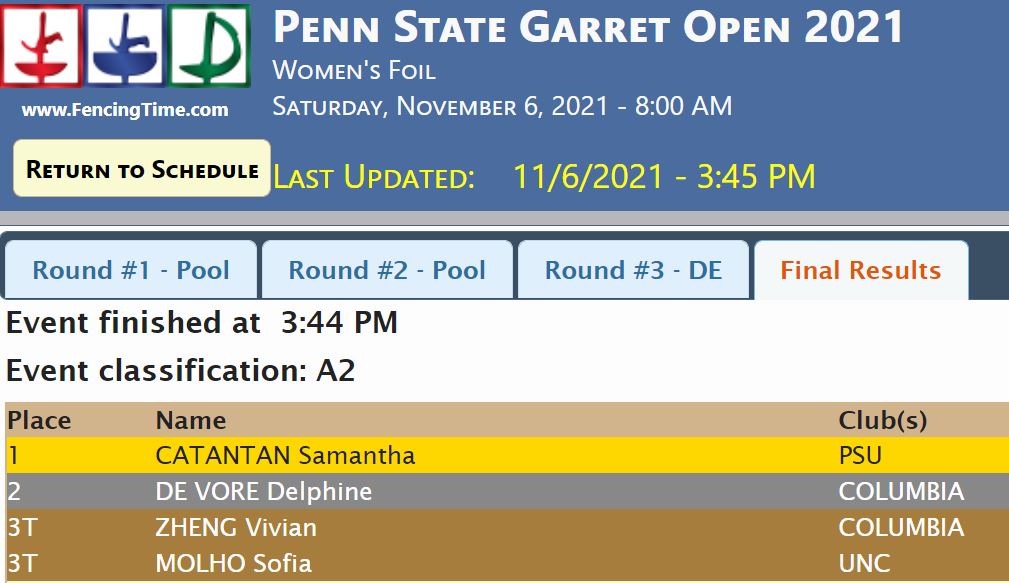 The Philippines’ champion junior fencer from the University of the East (UE) High School nabbed silver in the North American Cup (NAC) held in Richmond, Virginia, U.S.A. in June.

SEND CHEERS in the comments below to Filipina fencer Samantha Kyle Catantan for winning the gold medal in the Garret Open women’s foil tournament hosted by the Pennsylvania State University (Penn State).