The Fitch outlook revision is credited to “expectations of continued adherence to a sound macroeconomic policy framework that will support high growth rates with moderate inflation, progress on fiscal reforms that should keep government debt within manageable levels and continued resilience in its external finances.”

Fitch adds, “On current projections, the Philippines will remain among the fastest-growing economies in the Asia-Pacific region in 2020-2021, well above
the current ‘BBB’ median.”

The improved rating was given despite downside risks of the effect of the coronavirus outbreak and natural disasters such as the Taal Volcano eruption as Fitch Ratings notes that Philippine tourism only accounts for 3% of Gross Domestic Product.

Fitch Ratings also noted how the Philippines improved to 94th place from 124th a year earlier in the 2019 Ease of Doing Business Index ranking.

Fitch Ratings last raised the Philippines’ sovereign rating by one level, from BBB- to BBB, with a stable outlook, amid favorable economic conditions and planned tax reform, in 2017.

The latest Social Weather Stations survey results reveal that joblessness among adult Filipinos have gone down by 4%, registering an urban joblessness percentage that is the lowest in 15 years.

SEND CHEERS in the comments below to the Philippines’ economic managers and the business community for the country’s improved Fitch Ratings! 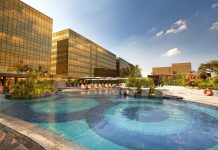