The eco-friendly initiative is part of Liter of Light’s response to energy poverty in the Philippines where over 20 million Filipinos are living with little or no access to electricity.

The Light it Forward campaign invites everyone to become solar engineers for a cause.

Advocates only need to allot 20-30 minutes of their time to build the solar lights. The campaign also asks them to film the assembly to be posted on social media. Upon completion, solar advocates have to issue the Light it Forward challenge to somebody else, in order to build more solar lights for donation to impoverished or far-flung areas in the country.

Watch GMA news reporters Saleema Refran and Vonne Aquino as they take on the Light it Forward challenge. 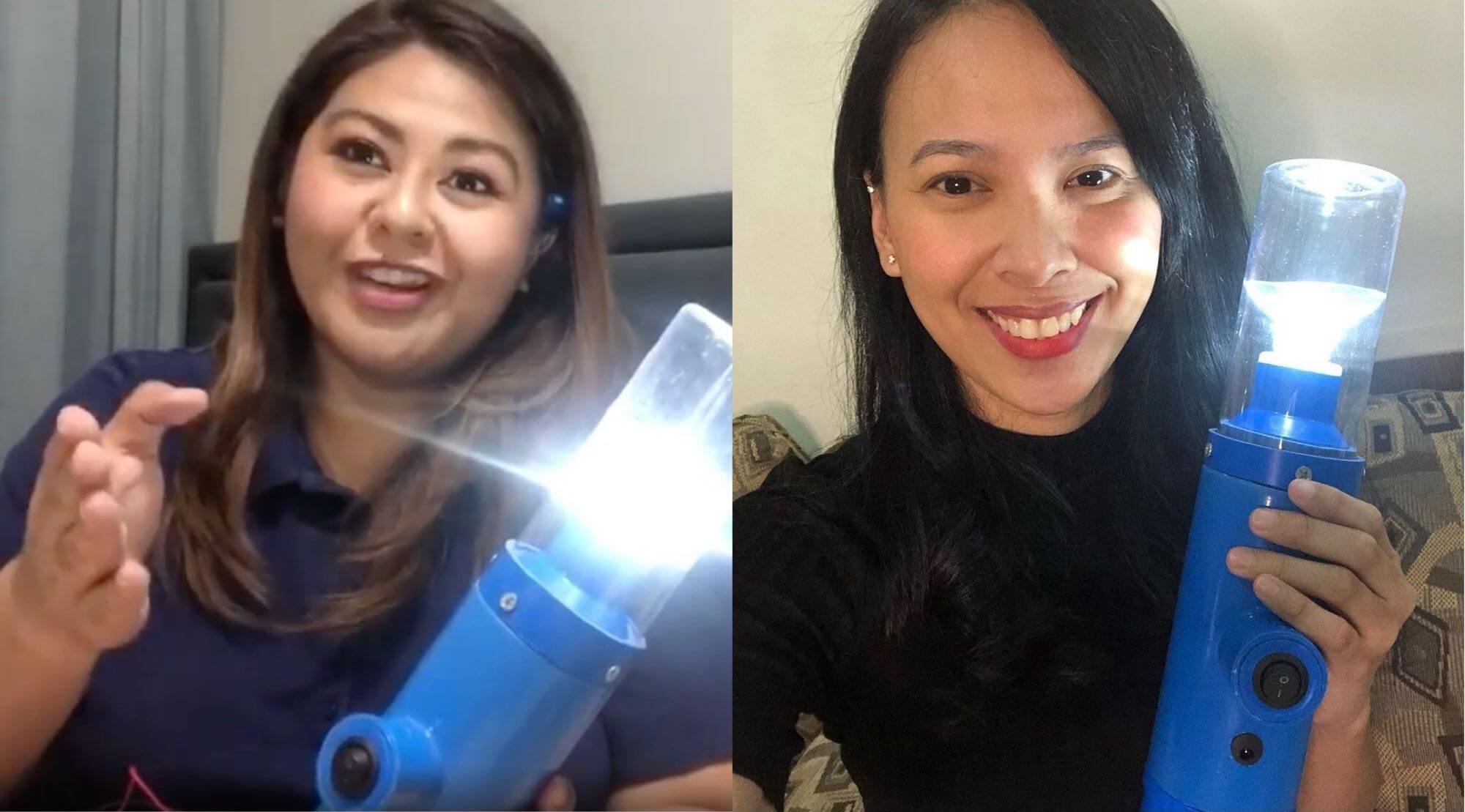 Vonne Aquino jumped right into the solar light building challenge after she told viewers that she was challenged by fellow Kapuso news reporter, Mav Gonzales.

The senior news correspondent and anchor for GMA News introduced the tools that came with the solar light kit: the solar lamp, batteries and accessories, solar panel, screwdriver, and the diagram (instruction manual). Aquino also explains that Liter of Light provided the solar lamp kit.

The GMA news anchor guides viewers as she completed the step-by-step instructions from the solar light manual. The kit comes conveniently coded with numbers for easy assembly.

Aquino made sure to supply some helpful reminders for the future solar challengers of Light it Forward. The informative solar light building video also aims to raise awareness for millions of Filipinos living with limited to no access to electricity.

Aquino’s video posted on August 4, 2020, encourages everyone to take part in the solar advocacy. Her post reads:

Vonne Aquino concludes the video by presenting the now finished solar light to viewers. She also urges everyone to follow Liter of Light’s social media to find out more about how they can take part.

The GMA News anchor told viewers about the Light it Forward challenge.

LIGHT IT FORWARD is a challenge to assemble components of solar lights by hand. In less than 30 minutes, you can light it forward for communities without access to electricity.

To complete it, she must build the solar lamp and pass on the challenge to someone else. Refran posted the video on July 26. She then proceeded to check the tools from the solar lamp kit Liter of Light provided.

The GMA news anchor also watched the solar light assembly tutorial posted on Liter of Light’s Youtube channel to guide her in its completion. In the short time lapse video, Refran admitted that the task was challenging for her. She accomplished the solar building feat after a few tries.

She later told viewers that she originally thought she had failed on the first try, but found that the wires were only loose.

Refran encouraged people to get in touch with Liter of Light for the challenge.

She also issued the Light it Forward challenge to everyone watching.

Building a solar lamp from @literoflight Took me 20mins and several tries!

Challenging everyone to light it forward and give light to communities in need.”

GMA News anchors Saleema Refran and Vonne Aquino are part of the second batch of celebrities and influential personalities for Light it Forward.

News reporter Mav Gonzales along with other celebrities comprised the first batch of light challengers.

This article on solar challengers Mark Zambrano and Robert Seña first appeared on Light it Forward.

SEND CHEERS in the comments below to GMA News anchors Saleema Refran, Vonne Aquino for answering the Light it Forward challenge!