ABS-CBN’s “Halik (Kiss)” actress Ria Atayde and director Catherine Camarillo have teamed up to build solar lamps for the Light it Forward challenge which helps defeat energy poverty in the Philippines while honoring frontliners in the COVID-19 pandemic.

The TV tandem responded to Halik cast Yam Concepcion’s challenge for them to join the Liter of Light’s latest initiative to impart high-quality solar lighting to energy-poor individuals amid the pandemic. The Light it Forward campaign also seeks to recognize the heroism and efforts of healthcare workers in the frontlines against COVID-19.

The Light it Forward challenge lays out a tribute to medical frontliners everywhere with each hand-built solar lamp generated from the campaign which not only spreads awareness for 20 million Filipinos still living in the dark while also sending out inspiring messages to boost the morale of Philippine essential workers fighting to curb the spread of the coronavirus disease.

Individuals who wish to join the Light it Forward campaign are asked to dedicate a solar light to an essential worker who has especially impacted their lives during the COVID-19 pandemic.

The Light it Forward campaign is a challenge to build a solar lamp by hand, an effort that only takes 20-30 minutes to assemble. Challengers also need to film their solar light assembly and tag their friends to Light it Forward as well in order to build more lamps to be donated to Filipino communities without access to electricity.

Kapamilya Director ‘Cathy’ Catherine Camarillo and actress Ria Atayde are the latest celebrities to complete the solar challenge for the benefit of energy-poor homes all over the Philippines.

Watch Director Cathy and celebrity Ria Atayde build solar lights of their own to be distributed to those in need them most. 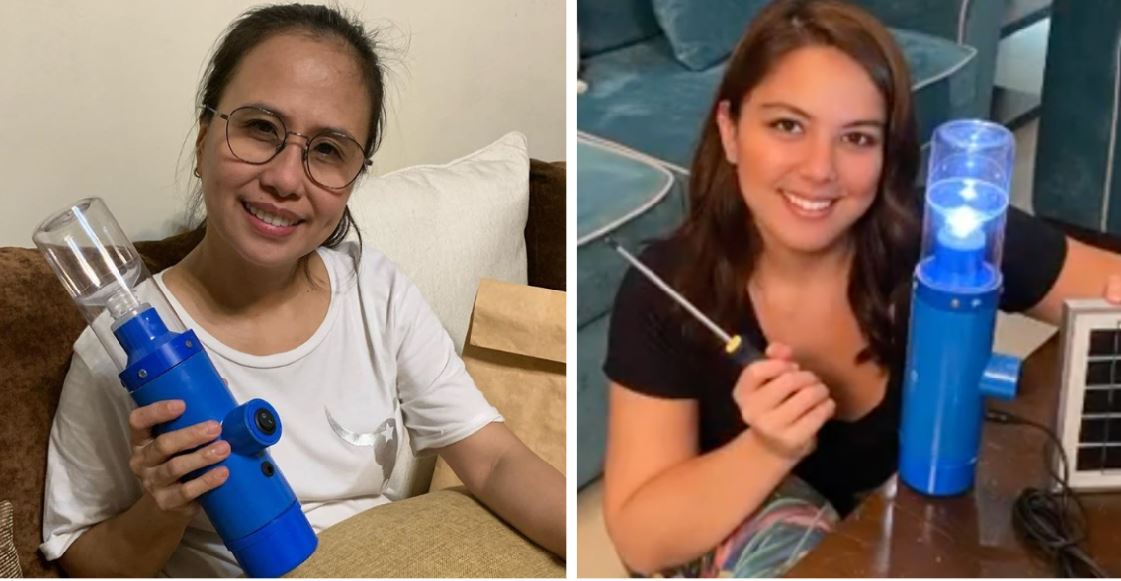 The ABS-CBN hit primetime drama was among the most-watched Philippine TV programs on air. It was also amongst the most streamed shows on the network’s web platform iWant TV.

Director Cathy Camarillo easily assembled her solar lamp which has the power to light up a Filipino home for twelve to sixteen hours a day, for the next five years and is made of sturdy recycled material and can reduce carbon emissions by at least 1,000 kg as it replaces traditional forms of lighting like burning kerosene, which is oftentimes dangerous to use.

Camarillo was grateful for the opportunity to contribute to Light it Forward’s noble cause. She also encouraged everyone to take part in the challenge.

“Help provide sustainable and adequate lighting to those in need by supporting @literoflight and spending your precious time to assemble one of their solar lamps!” the director wrote in her Instagram post.

The actress kept her video short and simple, demonstrating to challengers how easy it was to assemble a solar light by hand. The solar light kit provided by the foundation also comes conveniently coded with numbers to guide challengers in its assembly. Challengers can also access a step-by-step tutorial for the solar lamp posted on Liter of Light’s Youtube channel.

The actress encourages all to help poor communities by donating solar lamps through the Light it Forward challenge. Her social media post reads:

“Thank you @literoflight for the opportunity to help and contribute to down-trodden communities that need light even in the simplest way to building this little contraption.”

Actress Ria Atayde nominated the following for the challenge:

Kapamilya director Cathy Camarillo and actress Ria Atayde are the newest celebrity solar advocates for Light it Forward. You can view previous batches of challengers for the campaign which also honors medical frontliners here, here, and here.

The Light it Forward campaign is led by the Liter of Light Foundation in partnership with GoodNewsPilipinas.com and the Rotary Club of Makati Business District.

SEND CHEERS in the comments below to Halik actress Ria Atayde and director Catherine Camarillo for teaming up to Light it Forward!

Get to Know the Philippines’ 8 new Filipino National Artists