A Philippine flag made of 5,000 Puto Binan rice cakes took the centerstage in a Laguna mall on Independence Day.

Megaworld’s Southwoods Mall presented its giant celebratory cake to mark the nation’s 121st anniversary of the Declaration of Philippine Independence on June 12.

Mall visitors were invited to take photos of the one-day-only centerpiece at the mall’s lobby. 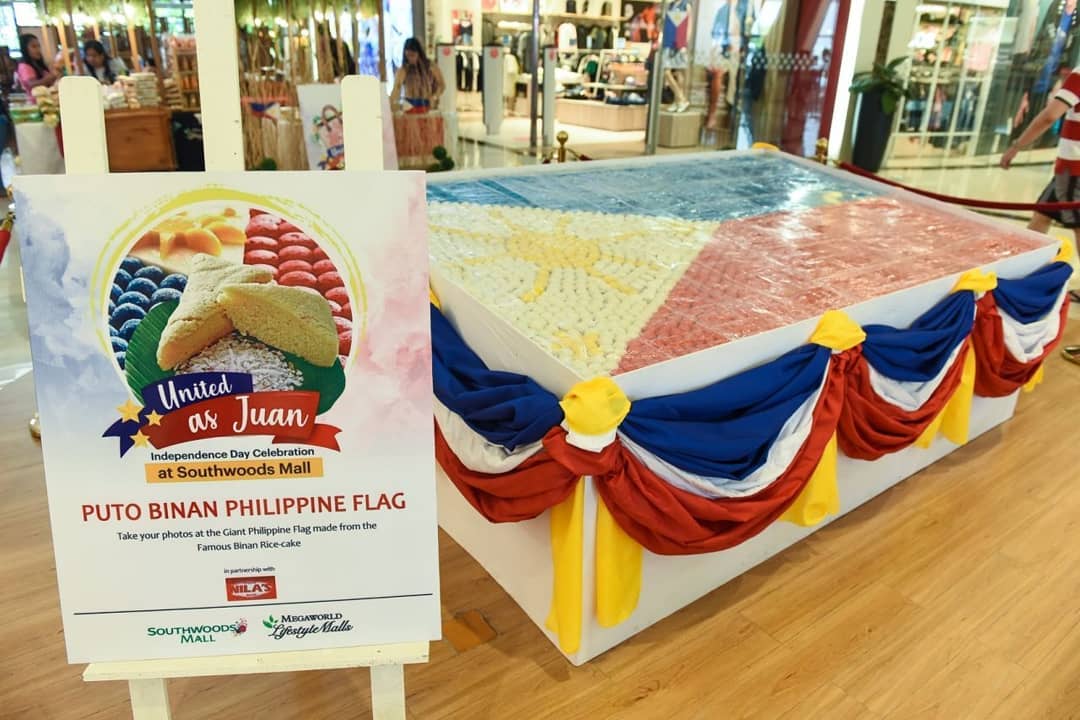 The giant Philippine flag was mounted on a platform bedecked with ceremonial tassles bearing the nation’s red, blue, and yellow colors.

SHARE in the comments section below your photos of the Puto Binan Philippine flag!