The Philippines secured double World Travel Awards (WTA) this year, including its 4th straight WTA as Top Leading Dive Destination – a title it first won in 2019 in the annual awards to celebrate excellence in the travel, tourism, and hospitality industries.

The archipelagic country of 7,641 islands also won its first WTA for World’s Leading Beach Destination during the 2022 edition of the annual awards held during the Grand Final Gala Ceremony in Muscat, Oman. 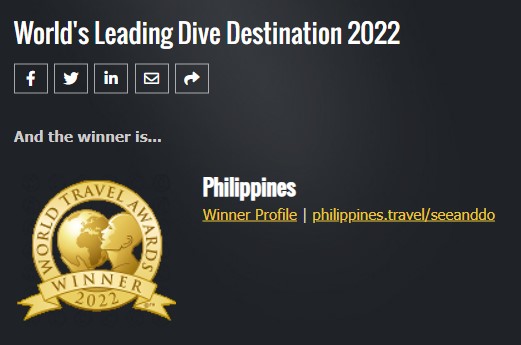 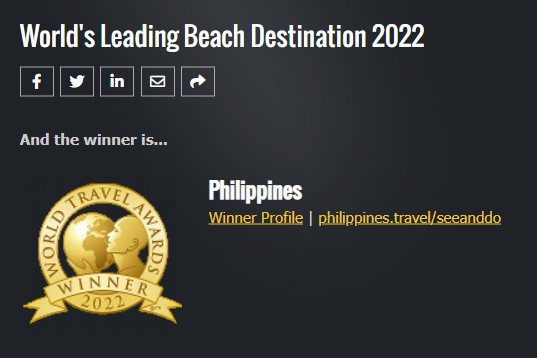 Before winning this year’s World edition of the annual awards held in November, the Philippines was recognized as Asia’s Leading Dive and Beach Destination – the same regional recognition it received last year.

TELL US in the comments below about your best dive and beach experience in the Philippines – the World Travel Awards’ Leading Dive Destination and Leading Beach Destination!