Liter of Light established the challenge to raise awareness for 20 million Filipinos still living in the dark. The charity foundation provides sustainable solar power to remote and impoverished communities all over the Philippines.

The Light it Forward challenge builds more solar lamps to be donated to these poor communities.

Light it Forward requires challenge-takers to assemble a solar-powered lamp unit by hand, an effort that only takes about 20-30 minutes. To complete the challenge, the challenger needs to film the assembly process and invite others to do the same.

A solar lamp has the power to illuminate a home for twelve hours a day for the next five years. The high-quality solar units generated from the challenge go to Filipinos in need of light.

Watch actress Sunshine Cruz and her businessman beau Macky Mathay team up to build solar lights for poor villages living in darkness. Join them as they LIGHT IT FORWARD and take a stand against energy poverty in the Philippines, one solar light bottle at a time. 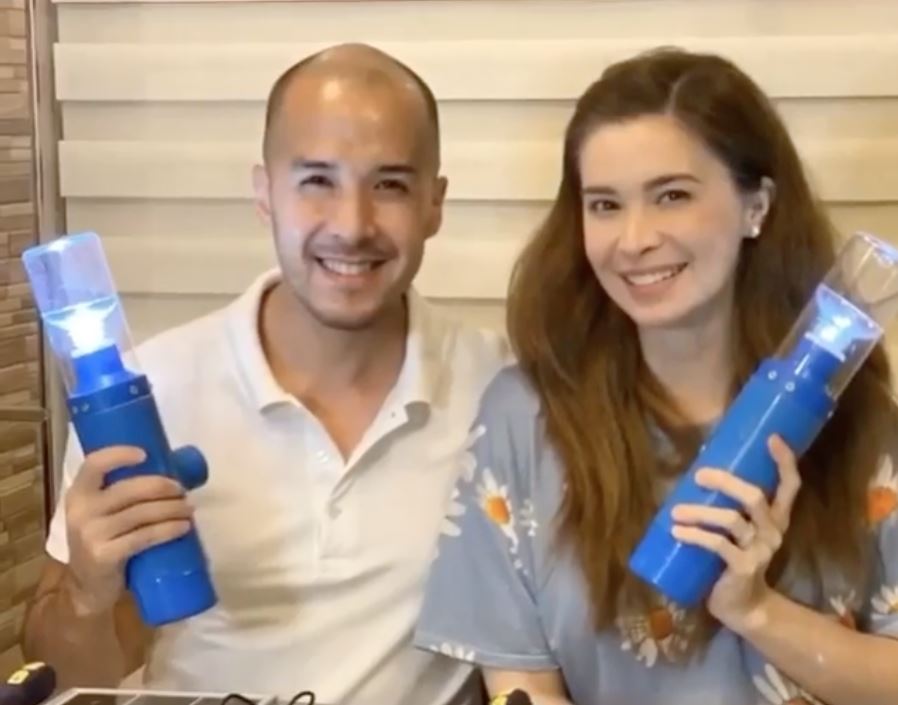 Famous Filipina actress Sunshine Cruz and businessman Macky Mathay readily took on the solar building challenge. Both built their very own solar-powered lamps to be provided to Filipino homes without light.

LIGHT IT FORWARD is a challenge to assemble components of solar lights by hand. In less than 30 minutes, you can light it forward for communities without access to electricity.

Solar challengers also have to issue the Light it Forward challenge to somebody else in order to keep the eco-friendly movement going and build more solar lamps for the needy.

The famous sweethearts accomplished the solar building task together in the safety of their homes. The solar kit provided by Liter of Light is also disinfected and sanitized for your safety.

The tandem gushed about the importance of the campaign initiated by Liter of Light. Their joint social media post reads:

“Each hand-built solar light that gets built will last for the next five years, 12 hours a day, and reduce carbon emissions by 1000 kg!”

Sunshine Cruz and Macky Mathay were happy to be a part of the Light It Forward campaign. They also encouraged others to take part in the challenge and join the solar lighting movement to raise more awareness of energy poverty in the Philippines.

Anyone can become a solar champion for the poor through the Light it Forward challenge.

The power couple nominated the following for the Light it Forward challenge:

Macky Mathay and Sunshine Cruz accepted the Light it Forward challenge on August 19, 2020. Watch it here.

Power couple Sunshine Cruz and Macky Mathay are part of the newest batch of celebrity advocates who have joined the solar advocacy.

You can find other famous celebrity solar challengers here and here.

SEND CHEERS in the comments below to power couple Sunshine Cruz and Macky Mathay for taking on the Light it Forward challenge.