BTS took back the spot in the week of December 18 but SB19 surged back and kept its hold on the Billboard No. 1 Hot Trending Song for three consecutive weeks on December 25, January 1, and January 8.

The Filipino boy band’s song remains a formidable chart-topper with the most talked-about song on Twitter.

Since the track’s official music video premiered in October last year, the P-Pop pioneers’ music video for “Bazinga,” a song from their Pagsibol EP, has garnered over 3,700,000 views as of this writing.

“Bazinga” is an expression used by SB19 to counteract haters’ negativity with the band’s positivity. The song zoomed to No. 3 within hours of its debut on the charts.

Band leader Pablo wrote the lyrics of the song which consist mostly of English words along with some Tagalog and Japanese. The music video embodies a combat video game concept in choreography and graphics.

The Filipino idols of the sensational boy band Soundbreak19 (SB19) also shared the group’s recent achievement to fans who are called “A’TIN” (pronounced as “eighteen”).

“Bazinga stays on top of the Billboard #HotTrendingSongs for its 4th week! Thank you guys!” SB19 wrote in a Facebook post.

“Don’t forget to stay safe and hydrated! We love you A’TIN!” the band added.

The P-pop band composed of five members Pablo (formerly Sejun), Josh, Stell, Justin, and Felip (formerly Ken) recorded new milestones last year by being nominated for the Best Southeast Asian Act in the 2021 MTV Europe Music Awards (EMA) and becoming the first Filipino act to be in the finals of the Billboard Music Awards.

SEND CHEERS in the comments below to Pinoy pop supergroup SB19 for dominating the Billboard Trending Songs Chart, powered by Twitter, for four weeks, and LISTEN to the hit single “Bazinga” here! 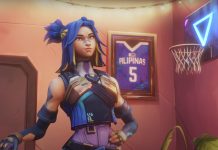