Shadow Ace Philip Galit is finally on the Asia’s Got Talent stage and managed to amaze worldwide audiences, the AGT judges and the hosts – enough to earn the rare Golden Buzzer that takes his act straight through to the semifinals live show.

Shadow Ace was a semifinalist in the Philippine edition of the show Pilipinas Got Talent in 2016 and kept trying to win the talent competition. Now on AGT, the Filipino puppeteer gets his chance to aim for the Asian prize along with fellow Filipinos – Junior Good Vibes, HK Sisters, Zeexhie – who also received “Yes” votes from judges David Foster, Anggun, and Jay Park in the premiere episode of the 3rd season of Asia’s Got Talent.

The Filipino hand shadow play artist revealed in the onstage interview of his audition performance that he mastered his shadow play act as he was growing up in Calatagan, Batangas, enduring power outages by entertaining himself with hand shadow plays.

After listening to the judges’ encouraging comments, Shadow Ace asked to be allowed to introduce his assistants on stage who turned out to be his parents, Gerry and Evangeline.

Foster welcomed the Filipino family and predicted the voting would turn out well for them and immediately gave his “Yes” vote. At this point AGT hosts Alan Wong and Justin Bratton made their way to the judges table and pressed the Golden Buzzer, sending the Filipino shadow artist straight to the semi-finals of the live competition.

“From the moment Shadow Ace started his performance we knew it was something special. The crowd was already into it. I’ve never seen anything like that before,” said AGT host Justin in a backstage video posted on AGT socials. 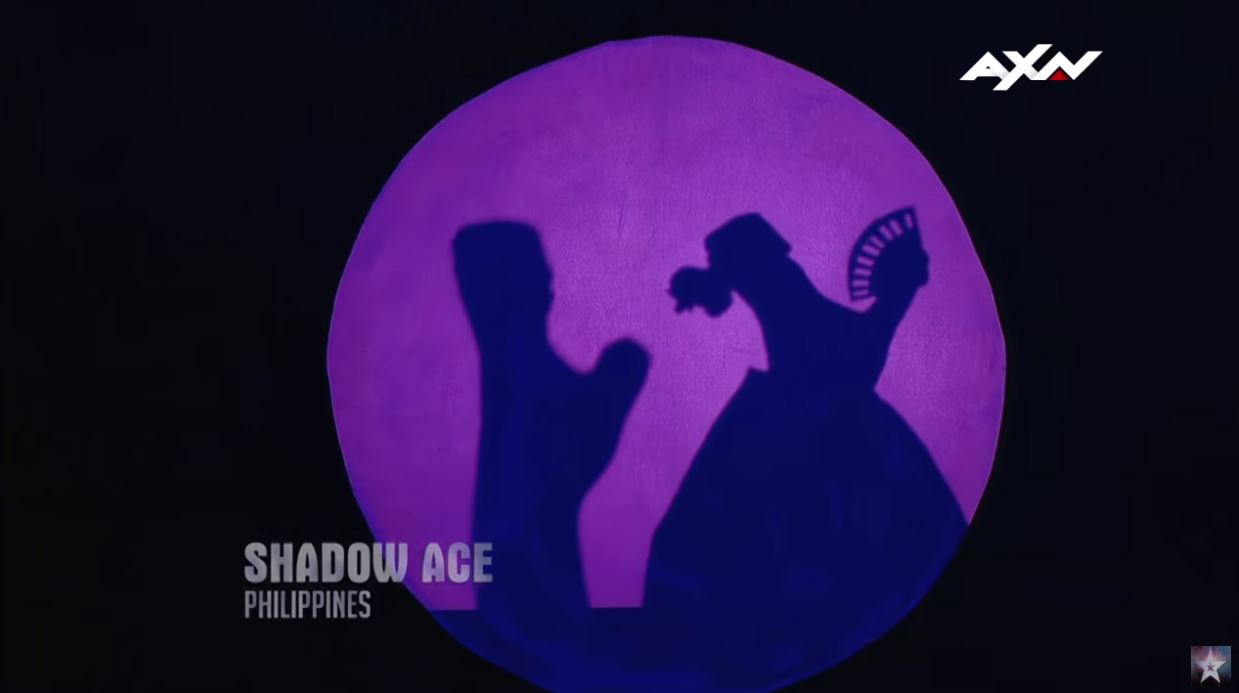 Referring to the Filipino’s unique hand puppetry and shadow play, host Alan said, “the degree of intricacy and the props, the way he made his hands dip and move – it’s like we were watching real people behind the screen, dancing and their shadows on the screen” echoing Foster’s earlier comment about the play making him think the shadows were actual people.

Galit went on social media to thank his supporters saying, “I came at Asia’s Got Talent with nothing. But I came home proudly with something. ‘Something’ that can help my family and can change my life forever. I was tired joining every season and nearly quit. But as long as I heard the voices of the people who truly love and support me, I rise up for the next battle. I want to prove myself that I deserve to show my talent worldwide.

I had so much pressure representing the Philippines in this International Competition. Pero habang naaalala ko ang lahat ng mga taong sumusuporta sakin nilalakasan ko ang loob ko (But I remembered everyone supporting me and got the strength to keep going). And because my Inay and Tatay were beside me that time, I felt ready to amaze Asia!

First of all, Ibinibigay ko kay God lahat ng papuri at pasasalamat. Sa pagbibigay ng talento kong ito (I give glory and thanks to God for giving me this talent).”

Comment below your good luck wishes for Shadow Ace on AGT on air Thursdays on AXN.