De Los Santos announced his new eKata rank on October 15, 2020, after starting his campaign in April amid the COVID-19 pandemic that moved sports events to the online platform.

“I proudly raise this virtual flag with triumph. I AM THE NEW WORLD NO. 1 eKATA PLAYER,” De Los Santos posted on social media.

The Philippine national athlete in martial arts recalled how he found out about the world ranking system when he first competed in a virtual tournament in April.

In August, De Los Santos shot up to World No. 2 rank, some 3,000 points behind the top 1 spot held by Portugal’s Eduardo Garcia.

The 30-year-old De Los Santos shares how he was at first discouraged with the massive points difference. “I thought to myself, ‘Wow that’s a big gap. How am I ever going to reach that?’ I was discouraged at first, but my kata coach 🇯🇵, Masa Saito, reminded me to take it one tournament at a time. 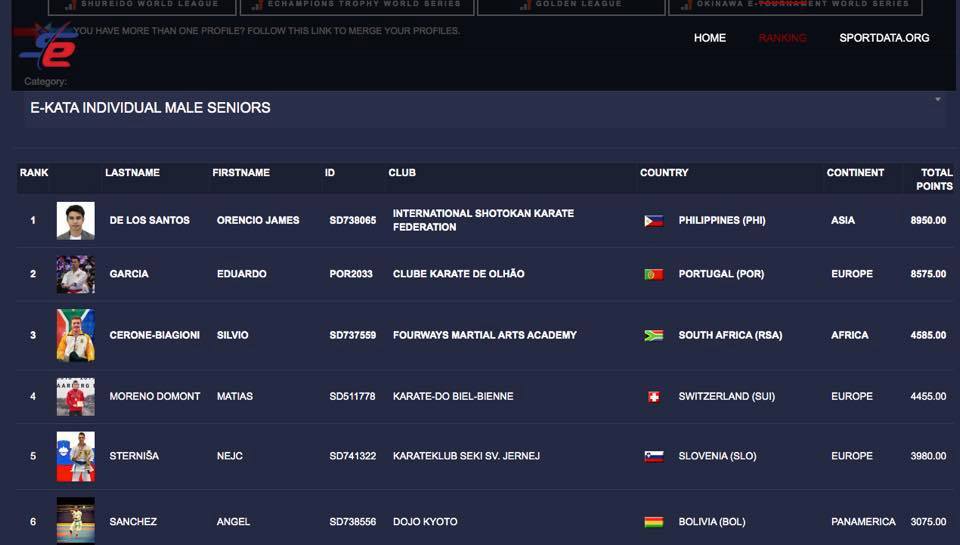 The Filipino karateka went on to dominate various e-tournaments on his way to claiming the Top 1 spot:

James De Los Santos now holds a score of 8,950 points, overtaking the former No. 1’s 8,575 points. The Filipino champion says he has a new goal after claiming the top spot.

“However, the journey isn’t over. My new goal is to maintain the no. 1 spot throughout the year. This is a much bigger challenge, as there will be other eKata players who want the no. 1 spot as well. But this will keep me grinding and motivated,”

SEND CONGRATULATIONS in the comments below to James De Los Santos for being the World’s No. 1 eKata player!