Four Pilipinas Ultimate players were named by Ultiworld as among the year’s top players in the large international events of the Asia-Oceanic Region.

The flying disc athletes were recognized by in the international coverage team in its inaugural Ultiworld Awards announced on November 27, a project the group says “aims to recognize the achievements of the top players in the region and showcase them to the rest of the world.”

The Philippines’ team-up of Eileen “Len” Piquero of Amazons and Kristian “Xtian” Guerrero of Sunken Pleasure nabbed spots in the 2019 Asia-Oceanic Mixed Team Of The Year.

Pilipinas Ultimate athlete Quinjune Villanueva of Boracay Dragons was named among the top men’s division players included in the 2019 Asia-Oceanic Men’s Team Of The Year.

Maryviel “Maimai” Dublin of Boracay Pirates was named in the top picks of the women’s division players, notching a spot in the 2019 Asia-Oceanic Women’s Team Of The Year. 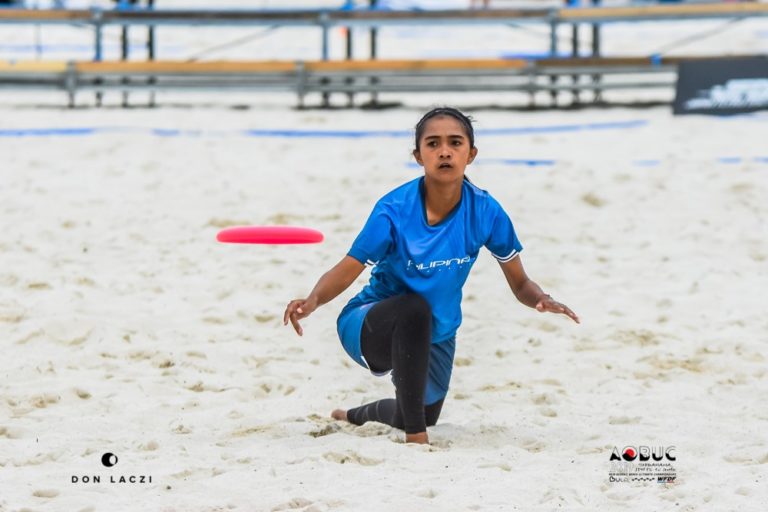 Len Piquero was one of the few players on the Philippines Mixed team for AOUGC that doesn’t play for Sunken Pleasure out of Manila. She comes from the city of Iligan and plays for the Iligan Amazons, a club she captained to their third consecutive women’s national title this year. Needless to say, Piquero was massive for them securing the threepeat.

The Philippines retained their AOUGC grass mixed title in China thanks to great team performance. Piquero was second on the stats leaderboard for the squad, just behind captain Kristian Guerrero. She also played for the first-ever Philippines women’s beach team at AOBUC in Japan along with Iligan teammate April Ivane Adalim. Piquero played out of this world, to the point where the team developed this very fitting catchphrase: “In Len we trust.” 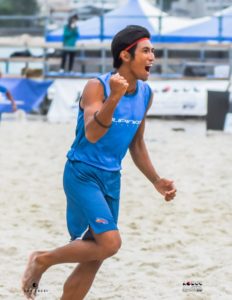 Kristian “Xtian” Guerrero was a superstar this year. He captained the Philippines mixed team to a gold medal finish at AOUGC in Shanghai, leading the team in stats by throwing 16 assists and scoring four goals.

For that effort, he earned MVP of the tournament honors alongside Lala Cruz. The AOUGC squad was predominantly made up of his club team Sunken Pleasure based in the University of the Philippines Diliman, who just won their sixth national title on grass. The club are also men’s national champions and reigning champions of Manila Spirits in mixed. Not only did Guerrero captain the mixed national team to success in China, but he also captained the men’s beach team that came in first place at AOBUC in Japan. Let’s just say he had a good year.

Guerrero is also well known for being a fantastic climber, just like his teammate and cousin Popoy Pascua who comes from Palawan. Both players climb competitively and Pascua is competing in December to represent the Philippines in the Obstacle Course Racing (OCR) event at the 2019 Southeast Asian Games. 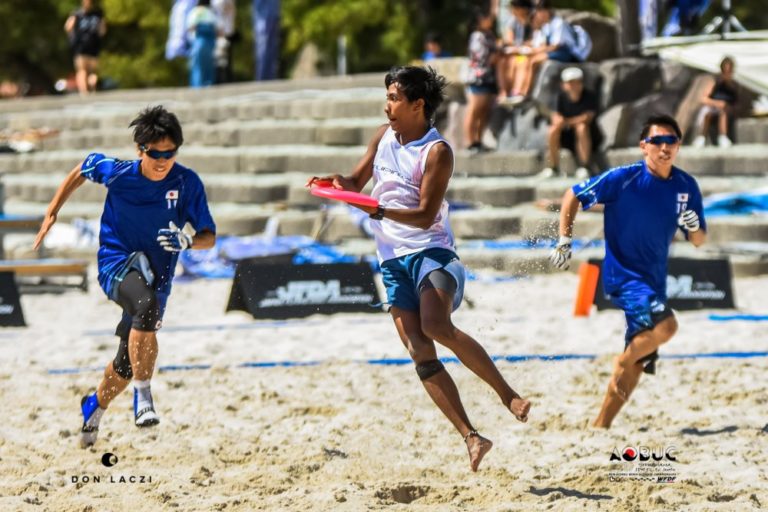 Quinjune Villanueva grew up in the small town of Kabankalan, Negros Occidental where he would have to hitch a ride with trucks to attend training and tournaments. Villanueva started practicing with Boracay Dragons and before long he was playing with the Philippines national team at 2017 WCBU in France.

At AOUGC in China this summer, Villanueva was top of the statistics leaderboard for the whole tournament with a whopping 28 assists and six goals. He was the quarterback of this team and often looked for his favorite receiver Junie Dela Cruz, who did some damage in the endzone scoring 24 goals, more than anyone else in the division. Villanueva also scored the winning goal on double game point of the quarterfinals against Hong Kong to secure a semifinal spot. The only mistake he made all week was dropping a perfectly good chicken wing from Derek Ramsey. Villanueva also won a gold medal with the very impressive Philippines men’s team at AOBUC who went undefeated at the event. He and Andre Vibar were the only two players to play on the men’s team at both events. 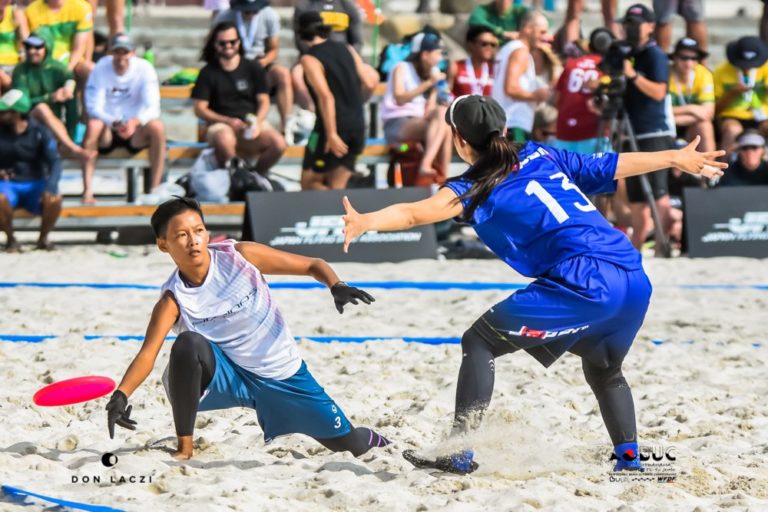 Maryviel Dublin, better known as Maimai or Mai, is from the beach ultimate capital of the world, Boracay. She studied at Aklan Catholic College and lives by the mantra of “Nothing is impossible. Just believe.” She was part of the Philippines mixed team that finished fourth at WCBU 2017 in France, scoring 14 goals and assisting 11 at the event. She looked unstoppable at that event alongside Jean “Khyrrah” Tuvilla who has since moved to New York.

Dublin was arguably the most important player on the Philippines mixed beach team that won AOBUC this year in Japan. Everything went through Maimai as she was completely dominant against every matchup. She could have easily been nominated for the mixed team of the year as well. However, she makes it onto the Women’s team after her thrilling performance in the women’s division at AOUGC in Shanghai. She topped the statistical leaderboard for the whole division by posting a massive 23 assists and three goals. During their 15-14 win over Chinese Taipei, Dublin had four assists and one goal. She combined well with goal-scoring machine Princess Marie Trinidad who scored 19 points across the event.

SEND your congratulations in the comments below to Pilipinas Ultimate players for displaying world-class sports excellence!