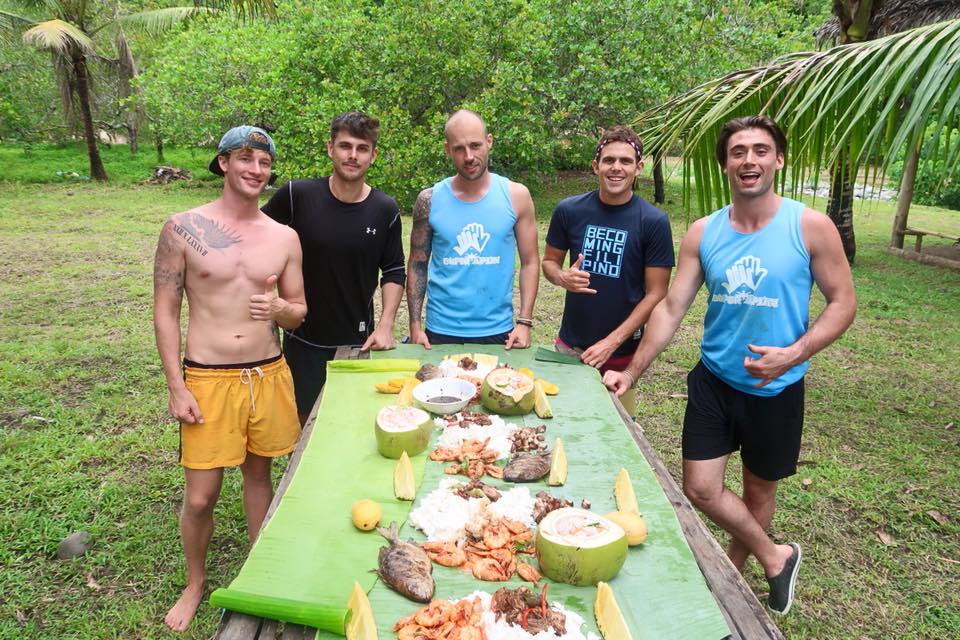 Five video bloggers of varying nationalities who call themselves Fighter Boys recently went on a trip together to explore the offerings of Mindanao and have returned to their home bases with much praise for the beauty of the Philippines.

The Fighter Boys are composed of a Canadian blogger who wants to become a Filipino, a Cebuano-Irish model and YouTuber who lives in Cebu, an Icelandic American traveling the world, a marine biologist-turned-videographer, and a Canadian actor/vlogger.

“Pinoy at heart” Kyle Douglas Jennermann of Becoming Filipino, is a Canadian national who has decided to live in the Philippines and has even taken on the local nickname “Kulas.” Kulas led the Fighter Boys in seeking out the best of what the southern islands of the Philippines can show.

In his video blog (vlog), Kulas shows how the Fighter Boys had fun island-hopping from Britania group of islands in Surigao del Sur, banana boating, eating, and beachcombing on the white sand.

The boys also took a bath the unique “Pinoy way” in a “kawa” and enjoyed Farm Tourism at its finest. Kulas and his friends went on flying bicycles, played with flowers, watched chirping birds, and went sightseeing, too!

Watch the Fighter Boys Take A Unique Bath In The Philippines here:

The adventurous Icelandic American Finn Snow whose travel motto is “Where no one goes, I go” posted his own vlog about the Fighter Boys’ journey around Mindanao. Finn Snow tells the story of how they discovered the beautiful Bega waterfalls and the crazy adventures that followed.

Cebuano-Irish model and YouTuber, Daniel Marsh, from Argao, Cebu captioned his Fighter Boys vlog with pensive thoughts about how the epic adventure in Mindanao has helped him shift his perspectives after an adventure of white water rafting.

“No matter what it takes to reboot your perspective for the better, levitate towards it with common sense and passion.

I needed this trip, I really did, I was reaching a roadblock and needed to get out of Manila,” penned Marsh on his Facebook post.

View Why I Went to Mindanao, Philippines? Here:

Marine biologist-turned-videographer Mike Corey of Fearless and Far, known for vlogging about strange places and unique experiences, vlogged about his first pig kill for a lechon feast. But his vlog about how the Fighter Boys in Davao tried a local dance called “Budot” is truly special.

“Honestly, this dance is a little strange. It’s a lot of gyration and a lot of bass,” Corey describes the funky moves.

Canadian actor and vlogger Bret Maverick vlogged about the Fighter Boys trying out street food and praising the taste in Visayan and Tagalog, eating the “fake chicken” at a local “turo-turo,” and taste testing the neighborhood durian ice cream.

(This story is a part of the GoodNewsPilipinas.com series on Foreign Bloggers who Love the Philippines. – The GNP Editor)