Dust off and wear your “Blue Jeans” because the original Filipino musical ETO NA! Musikal nAPO! – is back.

The Filipino musical inspired by the songs of the APO Hiking Society, the Original Pilipino Music (OPM) icons of the 70s and 80s, had its first run in August 2018. It has since been restaged in March this year and is on an extended limited run including a benefit show on April 5.

The original piece of art in a time capsule is a show that everyone definitely needs to see, and for those who were able to watch it – have the opportunity to enjoy great Filipino songs on stage again.

Good News Pilipinas gives you this list of reasons why you should watch ETO NA! Musikal nAPO! most especially on its benefit show staging on April 5 at 8pm. 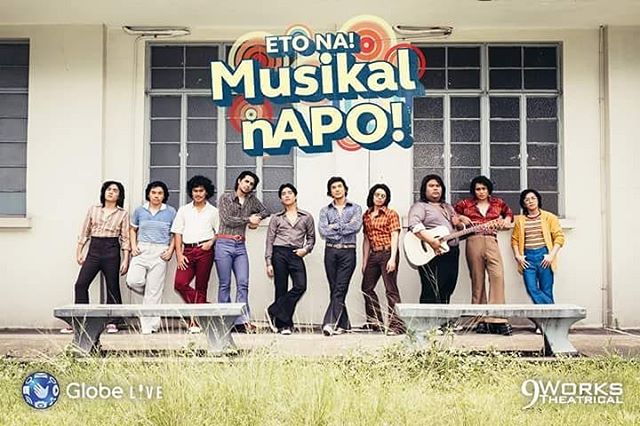 The musical pays tribute to OPM hitmaker APO Hiking Society, the trio of Danny Javier, Jim Paredes, and Boboy Garovillo whose roots are traced to their Ateneo days.

ETO NA! Musikal nAPO! will surely bring its audience back again to the time when Manila was more laid-back, including the traffic, and APO’s music dominated the radio airwaves and television screens.

APO Hiking Society’s Filipino classic songs including “Panalangin,” “Pumapatak ang Ulan,” “Tuyo Na ang Damdamin,” “Ewan,” and 22 others were perfectly arranged into a narrative that tells stories of their generation.

In an interview with Good News Pilipinas, cast member Floyd Tena who plays the character of Rick as alternate to Mark Bautista said, “You can never go wrong with APO songs.”

2. STORIES OF LOVE AND FRIENDSHIP 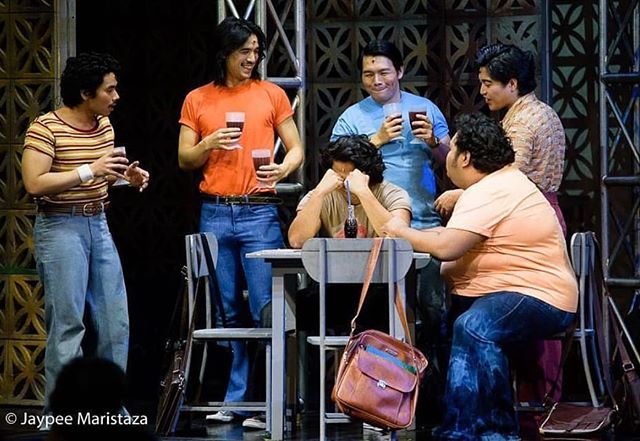 ETO NA! Musikal nAPO! will bring its audience to the time of our parents and tells the story of a group of young adults during the 70s.

It is a story of 7 boys, and their families, and their girlfriends. It focuses on the challenges they encountered and how they were able to overcome them with each other’s help.

The story of how they meet and challenge expectations, their quest for freedom, and how they faced tests to their friendship will surely have the audience in awe, laughter, and tears, again and again.

The stories told in songs are timeless, even if they stir up feelings of nostalgia, so that even the younger generation can relate. 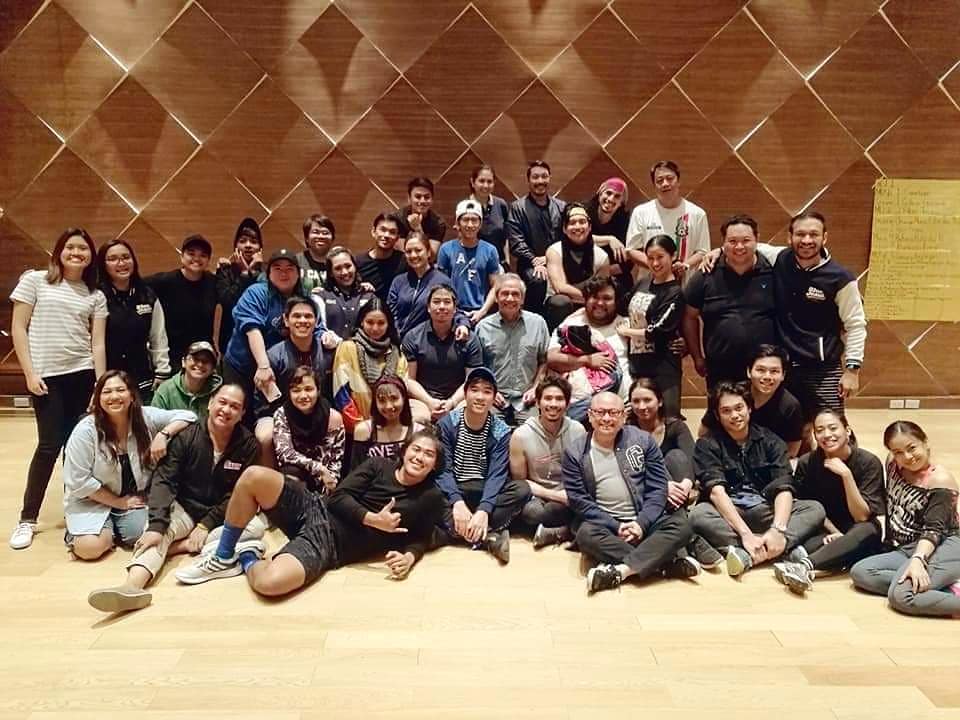 ETO NA! Musikal nAPO! Will also have Roxanne Barcelo, Floyd Tena, Mica Javier, and Luis Marcelo as the new additions to the cast.

Ateneo de Manila University, from where the APO Hiking Society hails, is known to be rivals with Lasallian schools. Alfritz Blanche (De La Salle University – Dasmarinas) who plays the role of Sonny shared to Good News Pilipinas how he gets playfully teased for being a Lasallian in an Ateneo-themed stage. Blanche revealed that he’s not the only one, with cast members coming from the University of the Philippines, University of Santo Tomas, among other schools.

Music and arts can definitely bring people together despite differences in background, culture, or school affiliation. 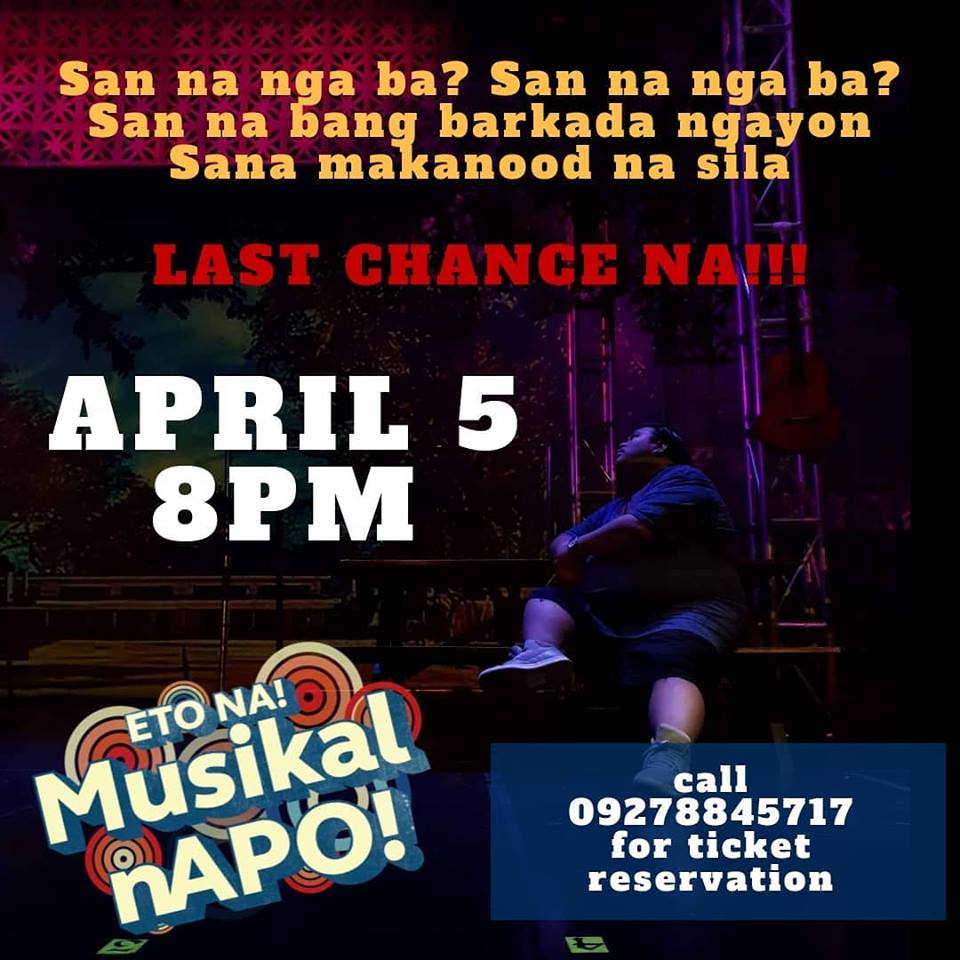 The musical show is going beyond being entertainment because the restaging on April 5 also serves to benefit children. ETO NA! Musikal nAPO! cast member Alfritz Blanch whose idea it was to stage a benefit show shared in an exclusive interview with Good News Pilipinas that they decided to stage the show on April 5 with portion of earnings to be donated to their partner institutions such as Child Haus Foundation and The Link Project.

“I want to make a statement na yong theater pwede syang venue for you to raise funds and for you to help… this is another venue for them to raise funds… Buy shows and sell tickets and earn from it and then give it to charities,” Blanche shared.

The Link Project is a non-profit organization which raises funds to provide school supplies and scholarships for less fortunate students from the remote areas.

With these reasons to watch the show ETO NA! Musikal nAPO! you can expect one-of-a-kind entertainment and throwback to your childhood or your parents’ childhood while you also get to help needy children and students.

For tickets and or seat reservation, contact their Marketing Officer Alfritz Blanche at cellphone number 0927 884 5717 or through email ablanche2589@gmail.com.