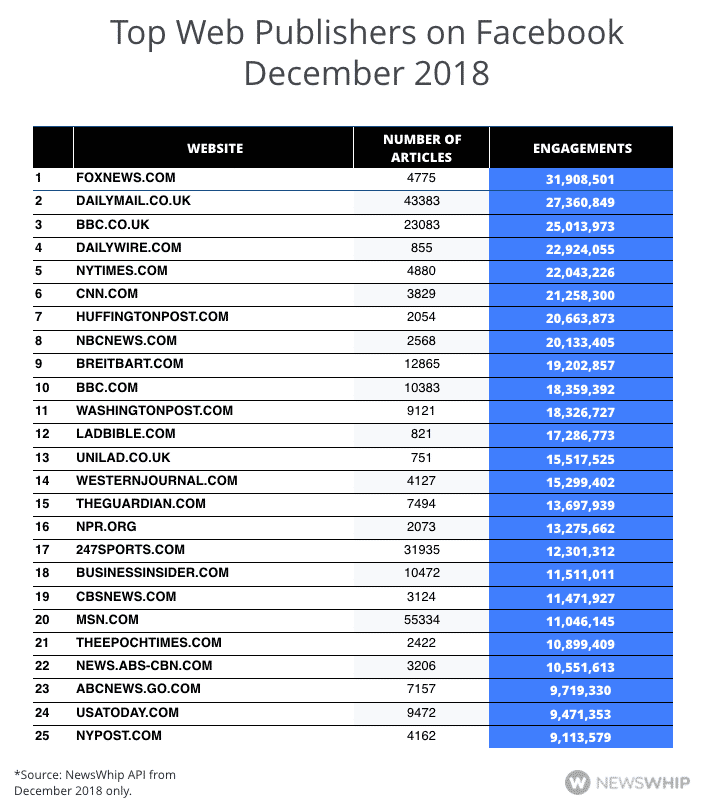 NEWS.ABS-CBN.COM ranked 22nd on “The top 25 publishers of December 2018,” a digital analytics report by NewsWhip released on January 15.

NewsWhip’s Benedict Nicholson credits the ranking of the top 25 web publishers on Facebook to the loyal audiences and engaging content of the listed sites.

ABS-CBN News had 3,206 articles with 10.5 million engagements. According to the ABS-CBN report the surge was driven by a couple of articles – one about the Ateneo de Manila University bullying incident, and the other the most significant story about the Miss Universe 2018 pageant and the consequent victory of Catriona Gray.

ABS-CBN News says it is looking forward to a stronger performance on their Facebook account as it partners with big social media organizations in preparation for the 2019 elections.

With reports from Homer S. Balibay