The Ateneo team was the opening government (OG) for the motion, “This House prefers a world where valourised national heroes in history are morally flawed instead of morally good.”

Ateneo’s Rivaldo Aquino and Bea Cuizon also made a finals appearance alongside Africa and Leung.

Here are the members of the school’s debate team who bagged best speaker honors at the tilt:

This year’s Asian British Parliamentary Championship, held from January 9 to 14, 2023, is one of the major varsity-level debating tournaments that form the bedrock of the Asian debating calendar.

Every year, the championship invites universities in the Asian continent to meet in one place to face off in the British Parliamentary debating format.

The Ateneo de Manila University made history as the first Philippine team to win the World Universities Debating Championship and the first Asians to win the Cambridge Union Schools Debating Competition in the United Kingdom.

SEND CONGRATULATIONS in the comments below to the Ateneo de Manila University for winning the Asian British Parliamentary Championship in Bali, Indonesia! 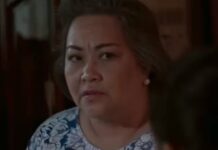