Actress Maja Salvador and Olympian Hidilyn Diaz lead the 8 Filipino personalities with their own stars on the Eastwood Walk of Fame, a walkway lined with golden stars bearing the names of honored members of the media and entertainment industries.

The 8 new stars found at the Eastwood Central Plaza herald the return of the annual event established by the Philippines’ Master Showman German Moreno and continued by his son Federico, after taking a two-year hiatus during the COVID-19 outbreak.

The pedestrian walkway honors over three hundred notable figures in Philippine media and entertainment, with each star made of brass, embedded in the pavement, and lit at night for added visibility.

The 17th year of the Eastwood City Walk of Fame welcomed the following new inductees on January 18, 2023:

The Philippines' Walk Of Fame at Eastwood City welcomed 8 new stars including @dprincessmaja and @diaz_hidilyn https://t.co/TEM6NAgQ7q

Among the previous inductees to the Eastwood Walk of Fame are beauty queen Pia Wurtzbach and international broadcast journalist Rico Hizon.

SEND CONGRATULATIONS in the comments below to the 8 new stars on the Eastwood City Walk of Fame and WATCH the highlights video here: 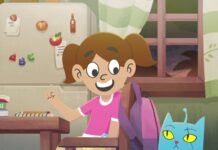