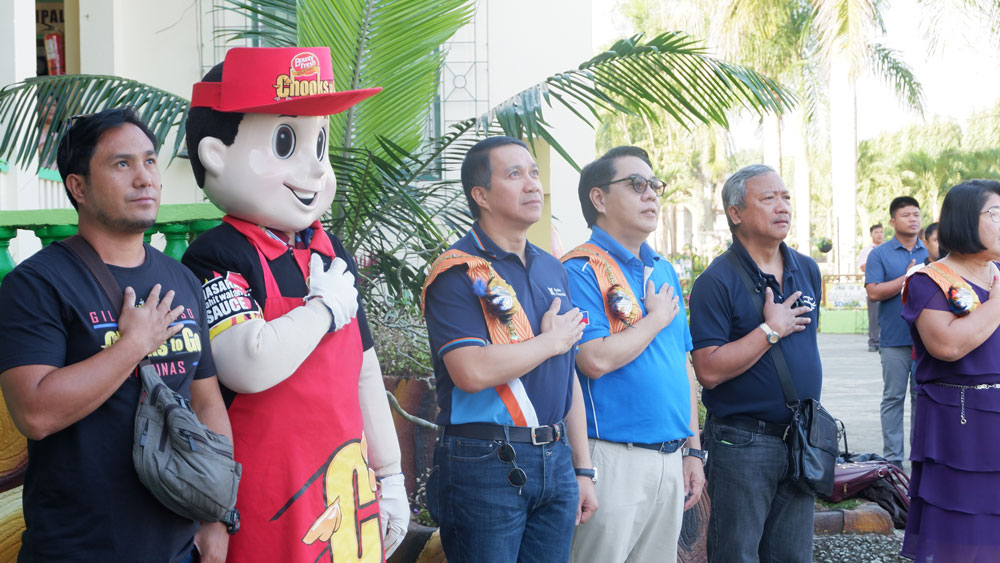 Around 3,000 flags have already been distributed to public elementary schools in four regions of the Philippines as part of Ayala Foundation’s #MagingMagiting flag project.

With the active participation of Chooks-to-Go, the project has so far reached public elementary schools in Central Luzon, the National Capital Region, Calabarzon, and Western Visayas.

The #MagingMagiting Flag Campaign, partners with government institutions and private organizations to fulfill its goal of distributing 10,000 Philippine flags to public elementary schools nationwide by 2019.

The campaign is Ayala Foundation’s response to the National Historical Commission of the Philippines’ (NHCP) estimate that about 100,000 public institutions (public elementary and high schools, military camps, police precincts, and government offices) around the country are in need of NHCP-accredited Philippine flags. More than bridging the gap, the #MagingMagiting flag campaign seeks to promote and rekindle love of country, especially in today’s youth.

The main government partners for the project are the NHCP and the Department of Education.

Ayala Foundation President Ruel Maranan also went on to explain the name behind the campaign, stating that “Maging Magiting” is a call to action to be everyday heroes in small and big ways. “Let us not only make ‘Maging Magiting’ a slogan, but also a way of life.”

For his part, Ronald Mascariñas, general manager of Bounty Agro Ventures and Chooks-to-Go, said: “With this campaign, Chooks-to-Go and Bounty Agro Ventures Inc. hope to instill nationalism far and wide and right at the start of the Filipino’s formative years: in elementary school. By giving flags to public schools, even in remote areas, we inspire Filipinos to love their country by becoming and doing their best in their daily lives.”

The #MagingMagiting campaign continues with its series of flag distribution events around the Philippines wherein sponsors and partners personally hand over flags to school heads. It will be continuing distribution in Mindanao regions this March.

For more details on sponsorship and funding, contact ph.juanwatawat@gmail.com.