The Barangay Ginebra San Miguel team bagged the 2020 Philippine Cup Championship of the Philippine Basketball Association (PBA), its first in 13 years – and the popular ball club won it even without its famed never-say-die fans on the sidelines.

The last time the fan-favorite ball club won the All-Filipino series was in the 2006-2007 PBA season.

Ginebra clinched the Philippine Cup (formerly All-Filipino Conference) title against the TNT Tropang Giga team on December 9, 2020, wrapping up the PBA tournament, 4-1, in the series held in Clark, Pampanga, away from the usual crowd that has been dubbed the “6th man” on the popular ball club’s side.

The Gin Kings claimed its historic championship at the first PBA Clark bubble held amid the Covid-19 pandemic, dominating the series first during the eliminations with a tournament-best 8-3 card, then quickly stopping Rain or Shine in the quarterfinals, beating Meralco in the semifinals, and finally downing TNT in the finals. 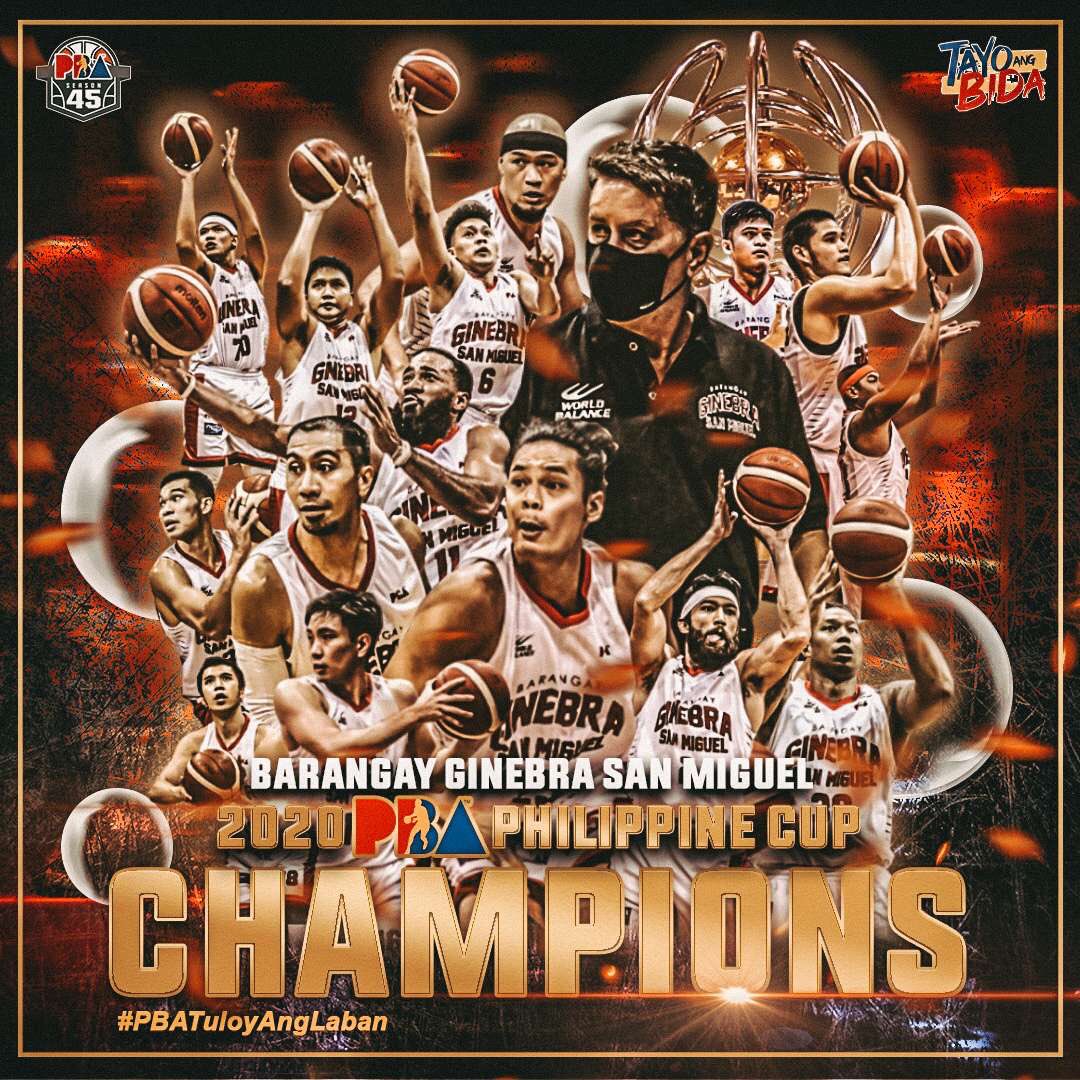 “This one’s for you, Ginebra fans. We think about you all the time. I’m so proud to bring this to you,” said coach Tim Cone as he honored the team’s supporters who, though away from the live games, still cheered virtually from their homes.

“It’s so unique – this championship. There’s only one. It’s in a bubble,” said Cone as he praised the players for working hard to be proclaimed the “Bubble Kings”.

The PBA described the win by the nation’s sweetheart ball club:

“They would not be remembered for being a never-say-die team in this one. They’re going down in history as the bubble’s best.”

The Barangay Ginebra players earlier regrouped in May to provide assistance to communities hard-hit by the COVID-19 pandemic.

SEND CONGRATULATIONS in the comments below to Barangay Ginebra for bagging the Philippine Cup Championship, its 1st in 13 years!