Sabuhin Bakery in Rosario and the San Isidro Multipurpose Cooperative (SIMCO) in Batangas City are the latest addition to the roster of Enhanced Nutribun adoptors in Batangas province.

Geared towards distribution and promotion of a healthier and cost-effective bread in the different municipalities of Batangas, both firms signified their intention to adopt the Nutribun technology reformulated by the Food and Nutrition Research Institute (FNRI) and now called the “Enhanced Nutribun”.

Thus, as a component of the technology transfer, they participated in a three-day training on the production of the Enhanced Nutribun facilitated by FNRI via Zoom platform on January 13-15, 2021.

According to FNRI, the Enhanced Nutribun answers to the call of the Department of Social Welfare and Development’s (DSWD) Memorandum Circular No. 12 Series of 2020, or the Guidelines in the Implementation of the Supplementary Feeding Program During Community Quarantine or Other Similar Emergencies. FNRI also shared that compared to the Nutribun of the 70s, the Enhanced one has more micronutrients like iron and vitamin A. Its texture is also softer and weighs 160- 165 grams per piece, which is easier for children to hold and bite. Each serving of Enhanced Nutribun weighing 160-165 grams per piece, has 504 calories, 17.8 grams protein, 6.08 milligrams iron and 244 micrograms vitamin A.

Both firms expressed their appreciation to FNRI and DOST CALABARZON for the opportunity given to them. To Marites Ramirez, General Manager of SIMCO, the adoption of Enhanced Nutribun would create a good advantage for their cooperative particularly in serving as additional income source and in responding to the call for a healthier nation.

Both firms are expecting to start their production after the training. They will also receive a certificate of adoption from DOST-FNRI once all documentary requirements are settled. Meanwhile, Panaderia Pantoja Inc. in Tanauan City and San Jose Workers Multipurpose Cooperative in San Jose, Batangas, who forged their formal adoption of Enhanced Nutribun in October 2020, are now starting their productions.

The Nutribun of the 1970s was revived in 2020 to feed quarantined communities in Luzon.

SEND WELL WISHES in the comments below to the Batangas bakery and coop that have adopted the Enhanced Nutribun technology. 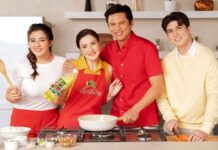 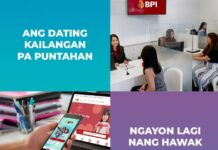 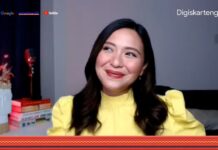