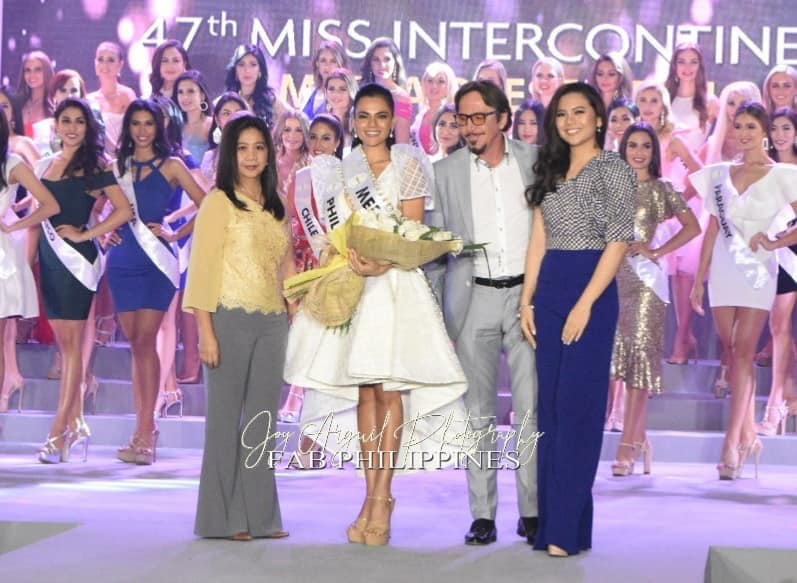 The Filipino-Australian beauty, who has roots in Bohol and Brisbane, walked the runway along with other 86 candidates from all over the world, wearing Ray Bien Maglonzo’s modern Filipino terno.

Gallman bagged the Standout Beauty Award from the pageant’s sponsor H&H Makeover Salon, and Media Favorite Awards from the members of the press.

Miss Intercontinental National Costume Competition will be held on January 11 at the Sofitel Harbour Tent.

The Swimsuit and Evening Gown Competition will be on January 16 at Okada.

Karen Gallman will again walk the runway for Miss Intercontinental at the Manila Grand Ballroom for the Philippine Designers Filipiniana Fashion Show on January 17.

The pageant’s finals and coronation night will be on January 26 at the Mall of Asia Arena.

The Philippines’ bet Karen Gallman says she is determined to win the country’s first Miss Intercontinental crown and is expected to surpass the achievements of Kris Tiffany Janson who won second runner-up in 2014, Christi Lynn McGarry and Katarina Rodriguez who crowned first runners-up in 2015 and in 2017.