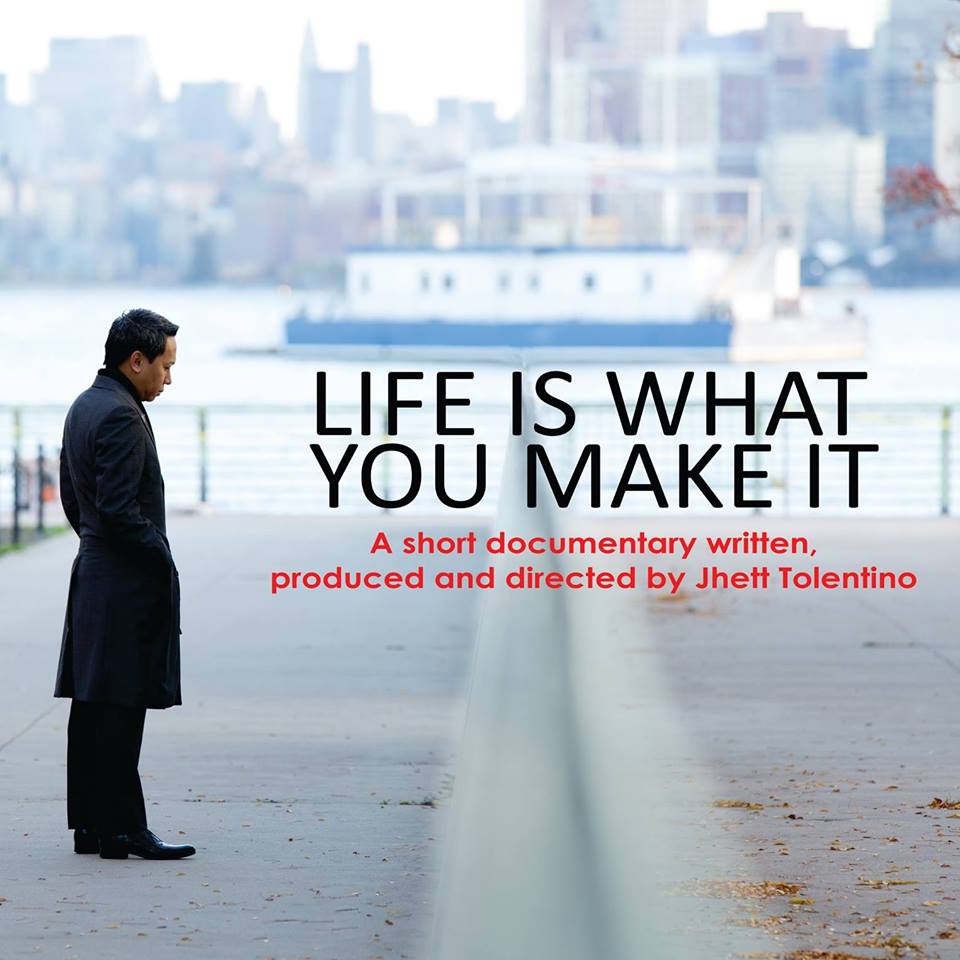 Multi-awarded Broadway music producer Jhett Tolentino has won his 7th international film festival award for his biographical documentary, “Life Is What You Make It.”

“Life” was voted Best Documentary at the 7th edition of the Mumbai Shorts International Film Festival held on December 2 in India. The Mumbai award is the 7th recognition received by Tolentino following an awards haul from 6 previous festival awards:

“Life” is a documentary about how a child from the slums of Iloilo rose to critical acclaim in New York. Tolentino has said the bio film is his mission to inspire indigent and indigenous children.

The Tolentino bio film shows how the Broadway producer has been self-reliant since the age of 12, fought to be educated amidst poverty in rural Philippines, beat the odds by becoming a successful Broadway music producer, and his journey home after over a decade as “an accomplished individual, to trace his steps and reunite with his family and his hometown.”

On December 5, Tolentino will receive in Manila the Commission on Filipinos Overseas-recommended “Pamana ng Pilipino” Presidential Award for Filipinos overseas who “in exemplifying the talent and industry of the Filipino, have brought the Philippines honor and recognition through excellence and distinction in the pursuit of their work profession.”