Community leader Constantino “Coco” Alinsug has made history by becoming the first Filipino to be elected to a city council seat in New England.

The Philippine Consulate General in New York reported that Alinsug was named to the post in the City Council of Lynn, Massachusetts, USA, after winning the elections held in November.

Alinsug was sworn in on January 3, 2022. He represents Ward 3 in the city of Lynn which is located 15 minutes north of Boston.

Aside from being the first city councilor of Filipino descent in New England, Alinsug is also the first openly gay political candidate to make it to the city council.

Originally from Cebu City in the Philippines, Alinsug immigrated to the United States in 1996. Alinsug is a community leader and volunteer worker in Lynn who devotes himself to causes such as social justice, HIV/AIDS prevention, LGBT youth, and culture and the arts.

Alinsug serves in various groups, boards, and community organizations and is an organizer of various events for the Filipino and Asian Americans and Pacific Islanders (AAPI) communities in Massachusetts.

He has received recognition locally and internationally for his work, having been named one of Cebu’s Outstanding Youth Leaders and winning awards such as the HVTN’s Octavio Valente, Jr. Volunteer Service Award, among others.

Coco Alinsug is also among the founding leaders of the National Youth Commission of the Philippines. Alinsug comes from a long line of Filipino public servants and his great-great-grandfather, grandmother, and father served as councilors of the municipality of Consolacion in Cebu.

SEND CHEERS in the comments below to Constantino “Coco” Alinsug for making history as the first Filipino to be elected to a city council seat in New England. 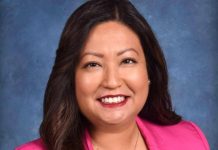