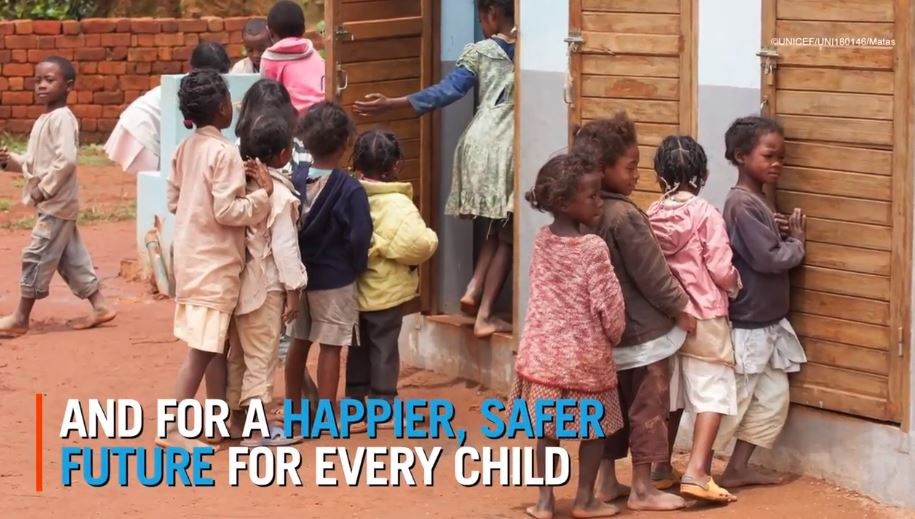 University students and civic organizations in the Philippines have volunteered to help build toilets in areas marked by the United Nations International Children’s Emergency Fund (UNICEF) as high risk countries for women and children.

The Filipino volunteers will man the December 15 “Shower For Good” Benefit Sale at the Eastwood Mall Central Park Open in Libis, Quezon City in a race to sell off 1,000 GENIE Hand Showers by American Standard with 100% of proceeds going to the LIXIL-UNICEF “Make A Splash Toilets For All” program.

The global sanitation initiative is a simultaneous event being held in the Philippines, India, Thailand, and Indonesia to support the building of sanitation facilities in over 100 countries which have been marked by UNICEF as in need of access to clean water, basic toilets, and good hygiene practices.

“Make A Splash Toilets For All” is a partnership between world technology leader LIXIL and UNICEF that aims to contribute to global efforts to improve access to basic sanitation for 250 million people around the world by 2021.

The partnership seeks to be decisive in bringing safe and clean toilets to the one in three people around the world who do not have access to basic sanitation.

“Nearly 800 children die every day from diarrhea caused by unsafe water, inadequate sanitation and poor hygiene. Through this innovative partnership with LIXIL, we hope to help keep every child healthy and alive,” according to Henrietta Fore, Executive Director of UNICEF

“The state of sanitation in many parts of the world is shocking. Today, 2.3 billion (one in three people) lack safe, basic sanitation. Among them, a staggering 892 million people relieve themselves outside, out of necessity or customs, which can contaminate water sources and expose women to the threat of violence and harassment.”

“In many countries, this sanitation crisis has devastating consequences for public health and reduces children’s opportunities for the future, as many drop out of school because there is nowhere to go to the bathroom,” adds Kinya Seto, President, LIXIL Group Corporation.

Because of dirty water and poor sanitation, many children develop recurring diarrhea- related illnesses. Approximately 288,000 children die from these diseases every year. Fifty percent of malnutrition and approximately twenty-five percent of stunted growth in children have been associated with diarrhea and intestinal worm infections, often impacting them physically and mentally later in life. And schools in disadvantaged areas that lack proper hygiene and sanitation can especially affect girls during their period, causing many of them to drop out of school. Every two minutes, a child dies from a preventable diarrhea related disease.

To know more, visit https://americanstandard.com.ph/shower-for-good/ and make a pledge to purchase GENIE Hand Shower on Dec. 15, 2018.