Gilas Pilipinas has drafted new talent standouts from the University of the Philippines (UP) Fighting Maroons, De La Salle University (DLSU) Green Archers, and the Ateneo de Manila University (ADMU) Blue Eagles to join the country’s bid for a berth on the FIBA Asia Cup 2021.

Gilas veterans Kiefer Ravena, Matthew Wright, Troy Rosario, and Christian Stanhardinger who were part of the 30th SEA Games Gold medalist team, together with Japeth Aguilar, and March Pingris, were retained to the national basketball team.

Samahang Basketbol ng Pilipinas (SBP) posted on January 11 the completed 24-man talent pool for Gilas Pilipinas as the country prepares for the first two FIBA Qualifiers games in February. The Gilas Pilipinas coach is expected to be named soon.

SBP President Al Panlilio said the bringing in new talent in the first window for the FIBA Asia Cup Qualifier is part of the development plan for the national team’s preparation for the 2023 FIBA Basketball World Cup.

A 12-man Gilas Pilipinas team will be pitted against Southeast Asian rivals Thailand on February 20 and against Indonesia on February 23, 2020.

Gilas Pilipinas Men’s Basketball Team is campaigning to improve its Silver Medalist win at the FIBA Asia Cup in 2015.

The Philippine National 3×3 Basketball Team has also been given a shot in the Olympic Qualifying Tournament in India this March 2020.

The Philippines will be hosting the FIBA Basketball World Cup in 2023.

SEND cheers to the Gilas Pilipinas Men’s Basketball Team as they campaign to bring glory to the Philippines in the Asia Cup! 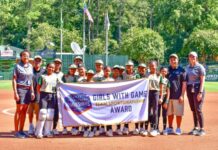 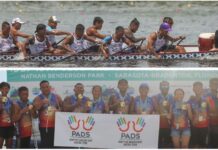 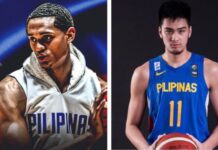