The Woman in Action founder who started her Donate A Bike Save A Job fundraiser in August 2020 with 50 bikes for workers, reported the completion of her 1,000 bike count target on December 14, 2020.

“This batch is special to me 💙 We were able to put 100 women on bikes to complete our target of 1000 bikes for #DonateABikeSaveAJob 🚲,” wrote the philanthropist.

The bike fundraiser which Ho and the team built were able to provide bikes for mothers, nurses, janitresses, security guards, frontliners, caregivers, and some who have just started their own businesses. They also gave bikes to typhoon-affected individuals.

Some of the women workers told Gretchen in a video highlight that they truly treasure the free bikes because it lessens their transportation cost and were able to go home earlier to their families.

To educate the women on safety, Ho also gave free safety tips lecture along with helmets, and reflective safety vests during the awarding ceremony held in the Ayala Malls.

Ho’s advocacy to empower women came to life as the remarkable batch served as a stepping stone for women to create career opportunities while managing their household duties.

(Bikes are a great help to women in order to have courage in finding opportunities in their lives.)

Ho also expressed her overwhelming gratefulness in a Facebook post towards all the people who made the project a reality that reads:

Celebrities who took part in the bike donation campaign include Catriona Gray and Sam Milby, Piolo Pascual, and Karen Davila.

SEND CHEERS in the comments below to Gretchen Ho and her team for reaching 1,000 bike donations for workers! 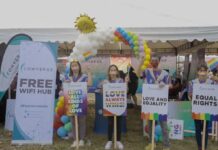 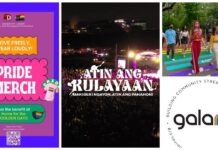