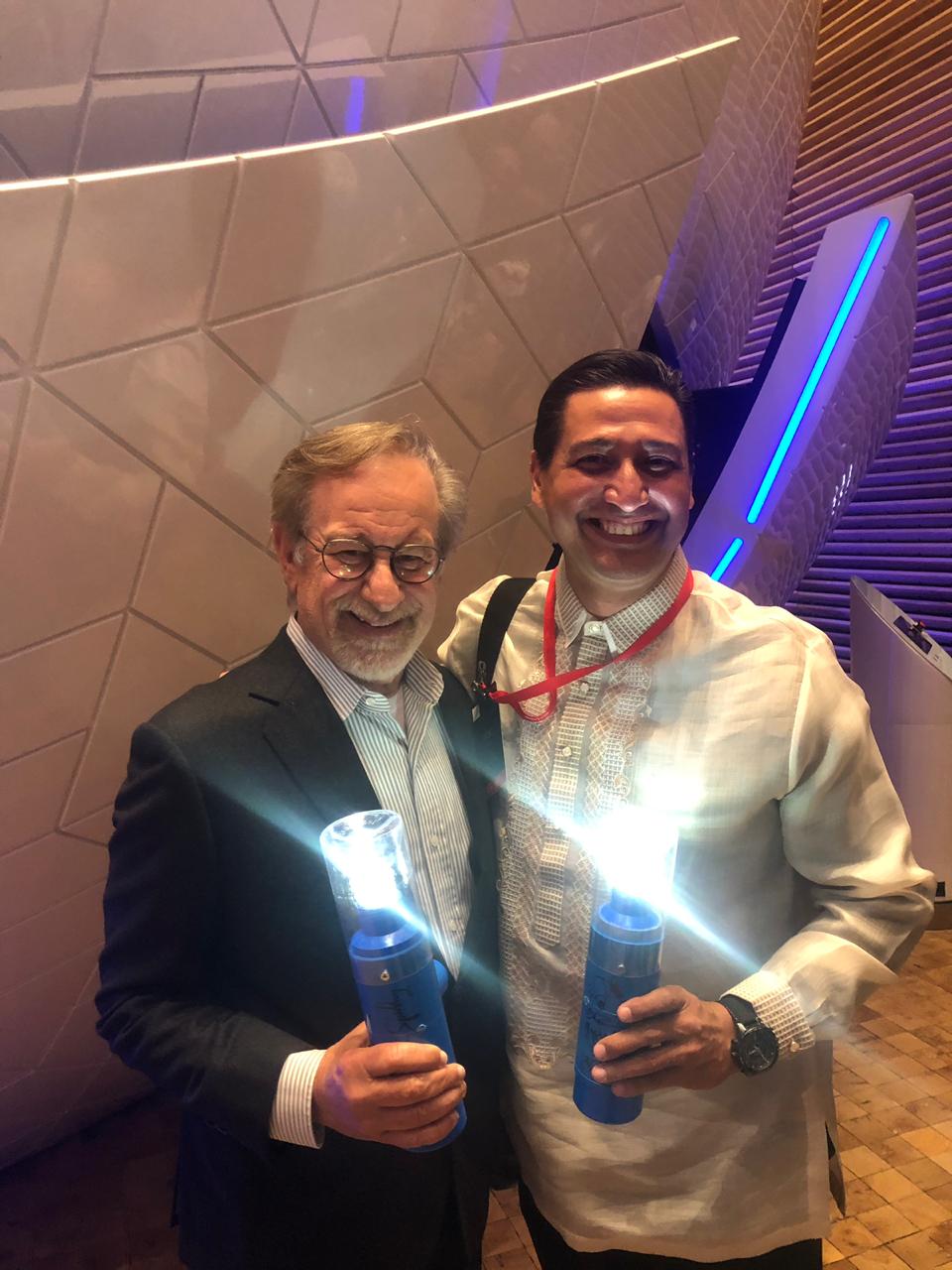 Diaz, who received the Silver Edison Award in early April, was invited by Comcast on April 17 to tell the story of the Liter of Light to the gathering of social innovators, soon after he finished his Voyage of Light on the Peace Boat where he circumnavigated the world to light up remote communities without electricity.

Spielberg, a known champion of the Comcast initiative for innovation and entrepreneurship, attended the unveiling of the upcoming Comcast NBCUniversal project and talked to Diaz about the Filipino solar lamp.

“A great idea!” wrote Spielberg on a Liter of Light solar lamp brought by Diaz to the Comcast. Dreamworks officials declared the Filipino technology as a fine, simple, brilliant idea that “basically anybody could have but nobody had, until now.”

Diaz told Good News Pilipinas how the recognition for Liter of Light addresses the need for Filipinos to be seen not just as receivers of the world’s aid, “We need to go global as humanitarians and not just (winners in) entertainment and sports.”

“It will break the glass ceiling for more global Filipino NGOs,” Diaz added.

Diaz came to the United States after speaking about 1LL at the Gamechangers conference in Vienna – the first Filipino to be invited to the international event.

Illac Diaz and the Liter of Light team are preparing to participate in the UNESCO International Day of Light in May.

Let’s continue to join Illac on his Liter of Light journey as he promotes around the world the Philippines talent and ingenuity! Follow Illac Diaz and the Liter of Light Exclusive Stories here on Good News Pilipinas!