When Intramuros reopened the walled city’s churches during Holy Week for the first time since World War II in 2018, it became the hub for over a million tourists and pilgrims who sought Manila’s century old structures.

The Department of Tourism (DOT) made the event the focal point of its “faith tourism” program which anchors spiritual tourism on the diversity and richness of the churches and religious sites open to the public. The resulting influx of visitors has apparently encouraged the DOT and the Intramuros Administration to repeat the event this year.

The churches were opened for Visita Iglesia (Church Visitation), the tradition of visiting 7 churches while reciting the prayers for the stations of the cross.

This Maundy Thursday and Good Friday, Intramuros once again opens its doors to the public – with the number raised to from 7 in 2018 to 9 churches and chapels in 2019.

The 9 Intramuros churches and chapels will be open to Visita Iglesia pilgrims on the following schedules:

How to get there: 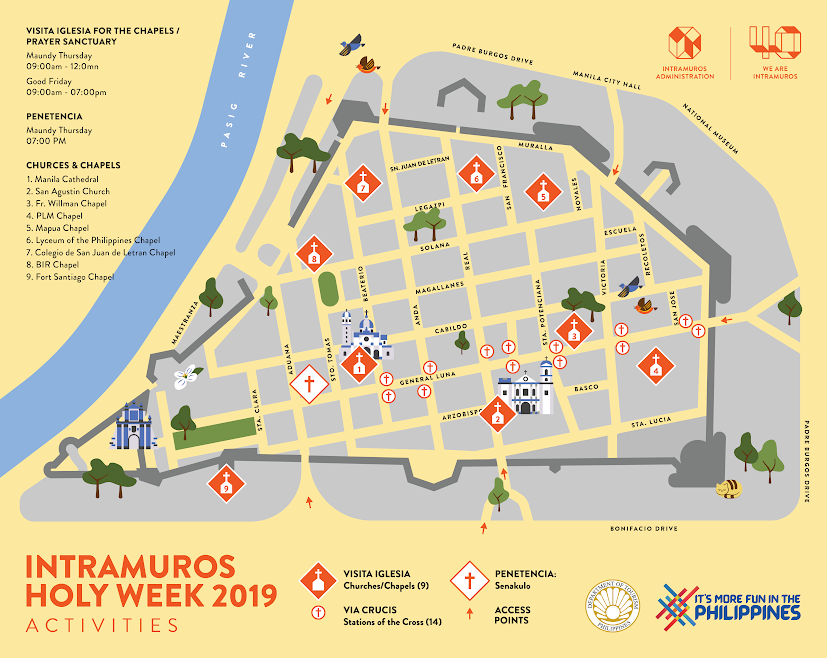 Good News Pilipinas lists the 9 Intramuros churches and chapels for your pilgrimage this Holy Week. CLICK the Church name for more info:

San Agustin Church or the Shrine of Our Lady of Consolacion y Correa. San Agustin Church is a Roman Catholic church under the auspices of The Order of St. Augustine, located inside the historic walled city of Intramuros in Manila. Completed in 1607, it is the oldest church in the country.

3. Fr. Willmann Chapel at the Knights of Columbus Building

Fr. George J. Willmann is the founding father of the Knights of Columbus. The chapel is found inside the KofC building on Gen. Luna corner Sta. Potenciana Sts., Intramuros.

The PLM Chapel is the Shrine of Jesus the Divine Teacher, found inside the university building on Muralla St., Intramuros.

Santa Rita de Cascia Chapel at the San Francisco Church and Convent of the Mapua Institute of Technology is dedicated to Rita Moya Mapua.

6. Lyceum of the Philippines University Chapel

The name San Juan de Letran was inspired from the major basilica of Saint John Lateran in Rome, mother of all Christian churches. Early in the history of the College, its chapel was granted many of the privileges enjoyed by the major Basilica. Saint John the Baptist for whom the Basilica is named, is also the patron saint of the College.

St. Matthew’s Chapel is an addition to the 2018 list of churches and chapels at Intramuros opening to pilgrims this Holy Week. The chapel is found inside the BIR Regional Office Bldg. on Tuazon Bldg., Solana cor Beatrico, Intramuros, Manila

9. Guadalupe Shrine at the Fort Santiago

Fort Santiago, constructed using volcanic tuff (adobe), was built between 1589 and 1592 on the former site of the wooden citadel of Rajah Soliman, ruler of Manila. It was named after St. James the Moor-slayer, known by the Spanish as Santiago Matamoros. The fort was heavily damaged during WWII, and remained in ruined state until its reconstruction in the 1980s by the Intramuros Administration.

The Shrine of Our Lady of Guadalupe is found inside Fort Santiago, Intramuros, Manila

For more schedule details of Intramuros events this Holy Week go to this link: 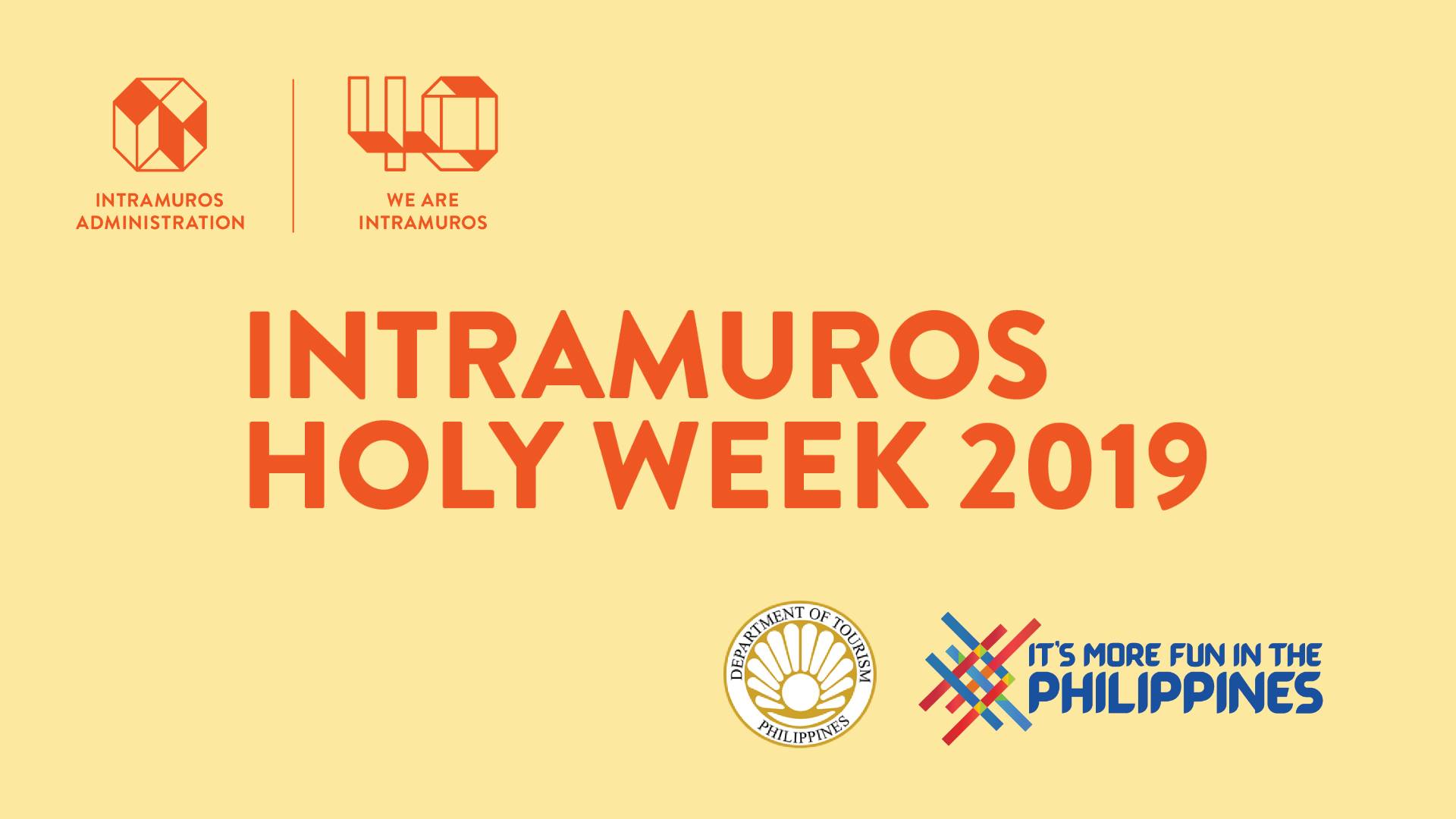 Tell us your Visita Iglesia experience amidst the beauty of Philippine churches in the comments below!