More investments are expected to pour into the Philippines in the coming years, as at least 18 business deals were signed recently between Philippine and Japanese firms that will yield at least $6 billion worth of new investments.

Philstar.com reports that none other than President Rodrigo Duterte witnessed the signing of the agreements, which ranged from different industries like manufacturing, shipbuilding, iron and steel, agribusiness, power, renewable energy, transportation, infrastructure, mineral processing, retailing, information and communication technology, and business process management.

While the full list of companies that signed the agreements are not available as of yet, a few companies included in the business deals are Steel Asia Manufacturing Corp. and Metro Pacific Investments, which forged agreements with Hitachi and Itochu.

Lopez said he also met with his Japanese counterpart Hiroshige Seko to discuss ways to improve market access and lowering tariff of Philippine agricultural products like banana, pineapple and mango.

Incoming presidential spokesman Harry Roque credits the inking of the new deals to the peace and order situation in the Philippines, as well as the strong Fil-Japanese relations that the countries enjoy.

“I think it’s because there is number one, commercial predictability, number two there is peace and order in the Philippines and there is conducive business environment where businesses are safe from unjust taking,” he said.

“It also proves that Japan continues to be one of our most active trading partners,” he added.

Jollibee Group to vaccinate its employees against COVID-19 for free 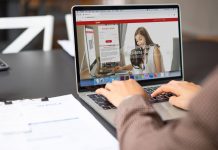 UP, Ateneo set up isolation rooms for Covid asymptomatic patients to...