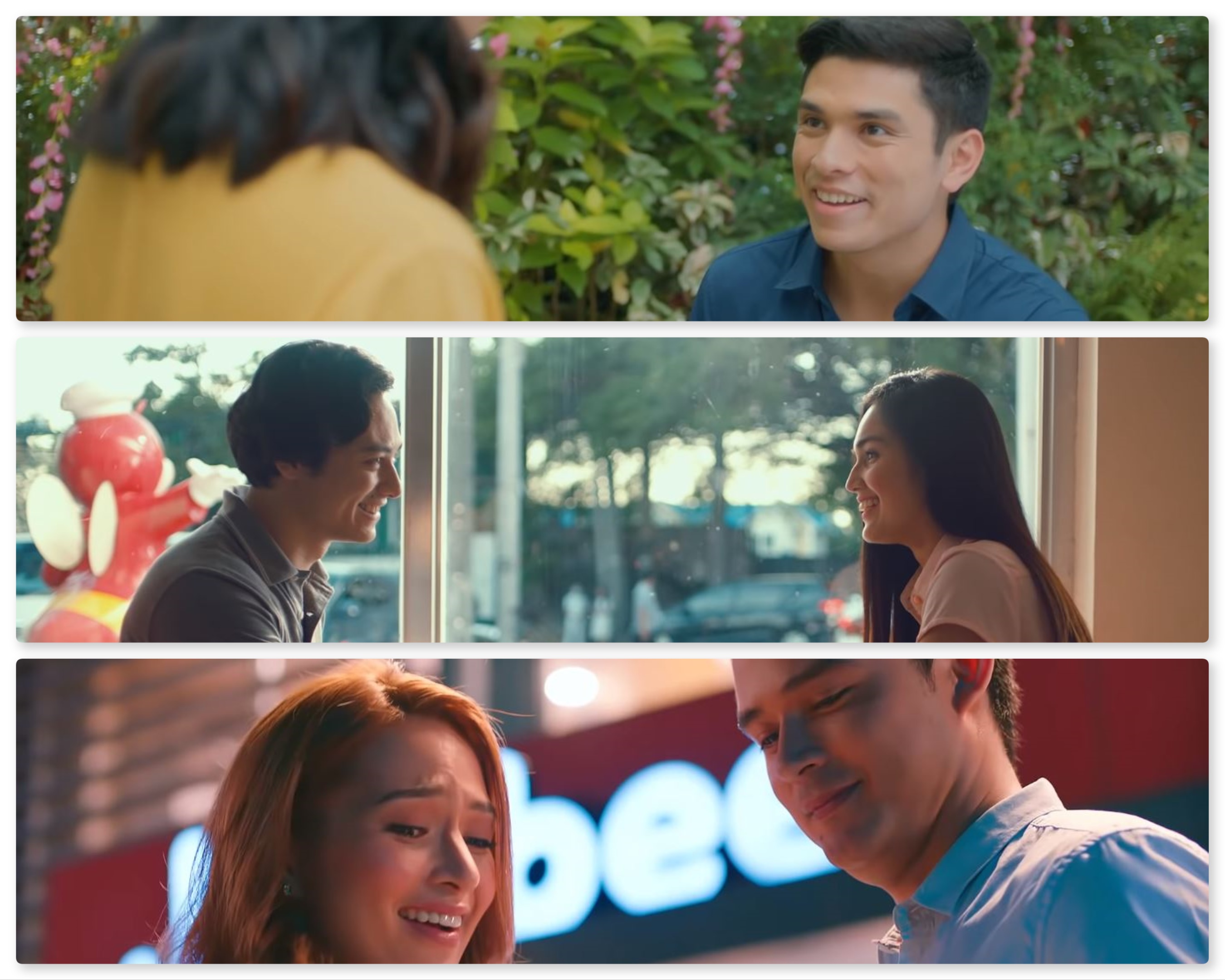 Of the three viral videos the netizens’ clear “Choice” was the story with the surprise twist, earning over 10 million views on YouTube and Facebook, over 225k reactions, nearly 115k shares, and 18k comments. The video was such a hit Jollibee came out with a follow up vlog featuring the 3 lead characters.

The YouTube post introduces the video with – “We are all searching for The One. But if there’s two of them, who will you choose?” Viewers and vloggers waited with bated breath as to whom among two men the female lead character would choose to be with – but the decision surprised everyone.

WATCH the Jollibee “Choice” to find out why everyone is talking about this story.

“Proposal” earned netizens’ attention for the favorite Valentine’s Day activity, captioned: “How would you know if the person is really the one for you?”

“Anniversary” called on people to watch as “Jason and Claire’s long-term relationship is put to the test. Find out how they fought to keep their love alive.”

The homegrown Filipino restaurant’s VDay videos have become viral as they celebrate true Pinoy love stories, and vie for emotional reaction of audiences.