Look at the Filipino Pride giant solar artwork as it lights up the SM MOA globe and watch the Kinsentenyal song performed by 6cyclemind for Philippine Independence Day.

The solar art and song were unveiled by Filipino-born global grassroots solar lighting movement Liter of Light on June 12, 2021, to join the celebration of the 123rd Philippine Independence Day while encouraging the nation to be proud of its heritage.

The giant display written using solar lights hand-built for the organization through its “Light It Forward” campaign, reads “Proud to be Filipino. 123 Years. Araw Ng Kalayaan.”

“Today, we celebrate Philippine pride with one of the largest solar artworks built by the power of bayanihan,” says Illac Diaz, Founder and Executive Director of Liter of Light. “For the past year, we have invited all of you to help us to bring light and hope to communities through building simple solar lights from home. On this year’s Araw Ng Kalayaan, we recognize your spirit and pride in continuing to show care and compassion, even in the midst of a global health pandemic.”

The artwork is the latest in a series that Liter of Light has built with location partner, SM Mall of Asia.

Liter of Light states that the solar artwork and song were released to raise awareness about its efforts to combat energy poverty and empower the 13 million Filipinos currently living without light. 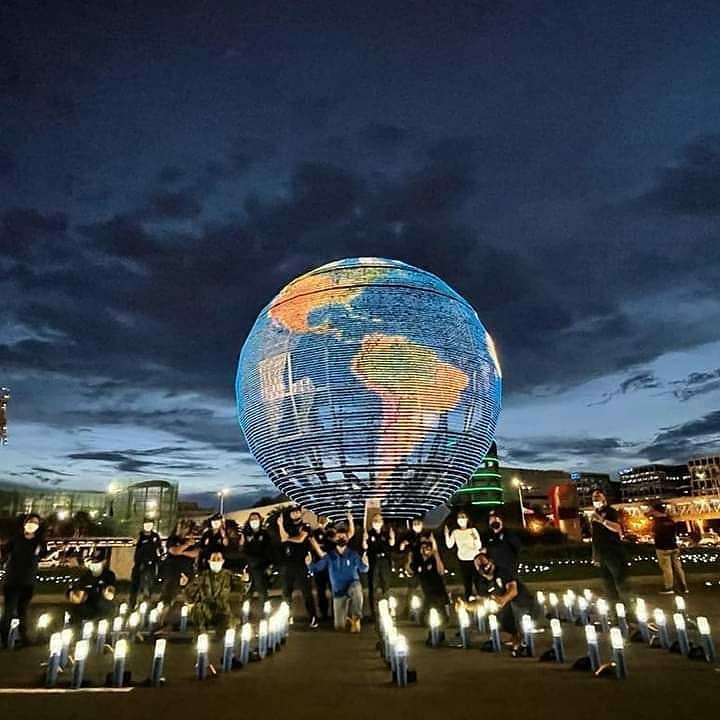 Since July 2020, Liter of Light has invited Filipinos to take action on climate change by participating in the Light It Forward challenge. With just 30 minutes of your time, you can build solar lights from the safety of your home that will bring light and hope to families across the country for the next five years.

To join the Light It Forward Challenge, order your kit now from Lazada at this link.

WATCH the Proud to be Filipino giant solar artwork for the Philippine Independence Day light up as the Kinsentenyal song plays in this video and SEND MABUHAY CHEERS to the Filipino nation!