Papercraft boat souvenirs have been released for the Philippines’ celebration of the 500 years anniversary of Lapu Lapu’s Mactan victory in 1521 and the participation of the country in the first circumnavigation of the world.

The National Quincentennial Committee of the Philippines (NQCP) issued the new papercraft collection that features some of the water transport used by Filipino ancestors 500 years ago.

The NQCP, tasked to handle the preparation for the country’s 500th-anniversary of the victory in Mactan, the successful circumnavigation of the world, and the establishment of the Christian faith, launched the paper boats on their social media on September 7, 2020, as part of its goal to bring “the world of our ancestors closer to our kids (and feeling kiddie)” as the country gets closer to the quincentennial celebration in the year 2021.

“Hello, kiddos (and at heart)! You may now download the new set of Quincentennial Papercrafts featuring the boats of our ancestors and an example of Spanish nao (carrack) used by the Magellan-Elcano expedition,” the NCQP announced on its Facebook post.

The paper boat series designed by Abegail Purisima of Pureautumnarts features the Balangay, Nao, and Caracoa.

Balangay is the common type of seafaring vessel used by the early Filipinos during the pre-colonial period.

A Balangay replica made a ceremonial voyage in the waters of the Philippines in December 2019 to kick off the countdown to the 2021 Quincentennial celebrations.

Nao, also called carrack, is a Mediterranean ship used by Spanish explorers and conquistadores who reached the Philippines in the 16th century.

The Caracoa on the other hand is a large wooden ship used by the natives for raiding and warfare. 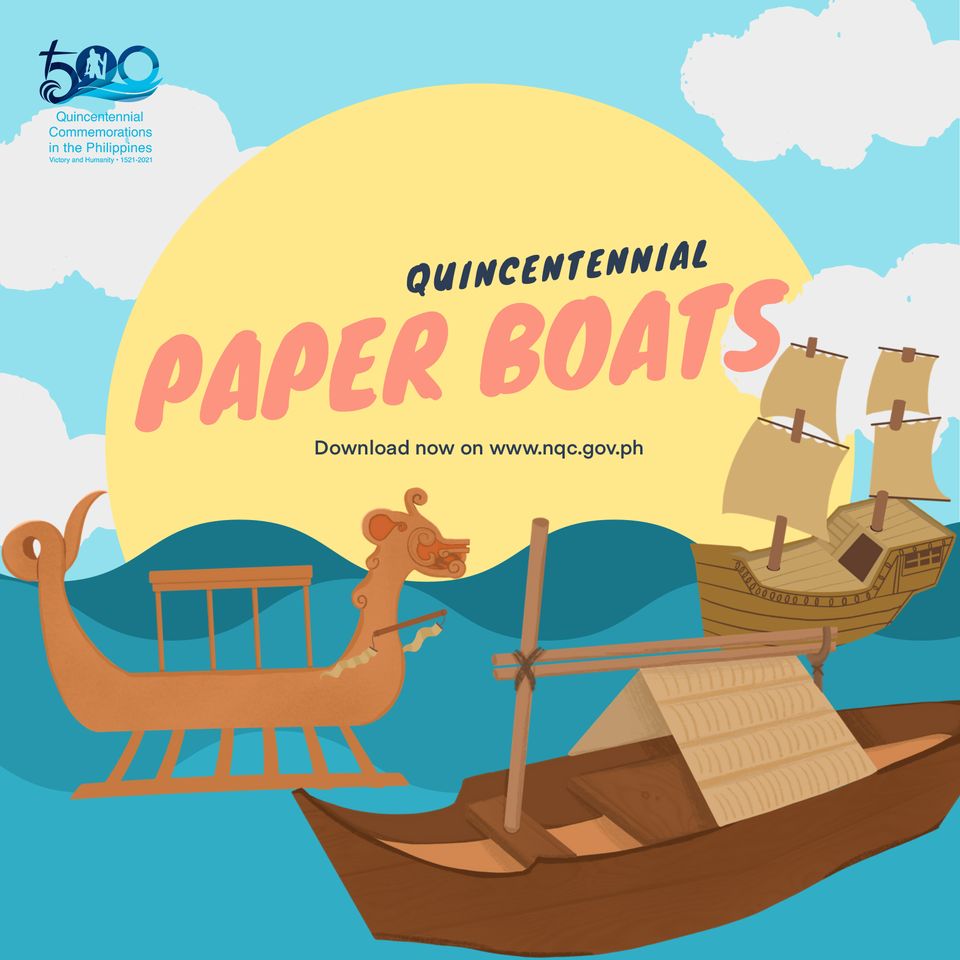 Kids and history buffs may download the papercrafts here.

In July, the NQCP released a papercraft series featuring personalities and figures who were part of the Philippines’ history during the 16th century.

The committee also released in April a new portrait of Lapulapu to celebrate the quincentennial anniversary of the Battle of Mactan.

SEND CHEERS in the comments below to the teams behind the papercraft boat souvenirs released for the Philippines’ Quincentennial celebrations in 2021!