Filipino hero Lapulapu and key characters of the Philippines’ celebrations in 2021 are joined by Miss Universe Catriona Gray in the Filipino Paper Dolls craft series released by the National Quincentennial Committee (NQC).

The Paper Dolls from the Quincentennial Paper Crafts Series was released on July 17, 2020, in preparation for the country’s 500th-anniversary celebrations of the victory in Mactan, the coming of the Christian faith, and the successful circumnavigation of the world, all in the year 2021.

The Quincentennial Paper Crafts Series features the personalities and figures who were part of the Philippines’ written history during the 16th century. 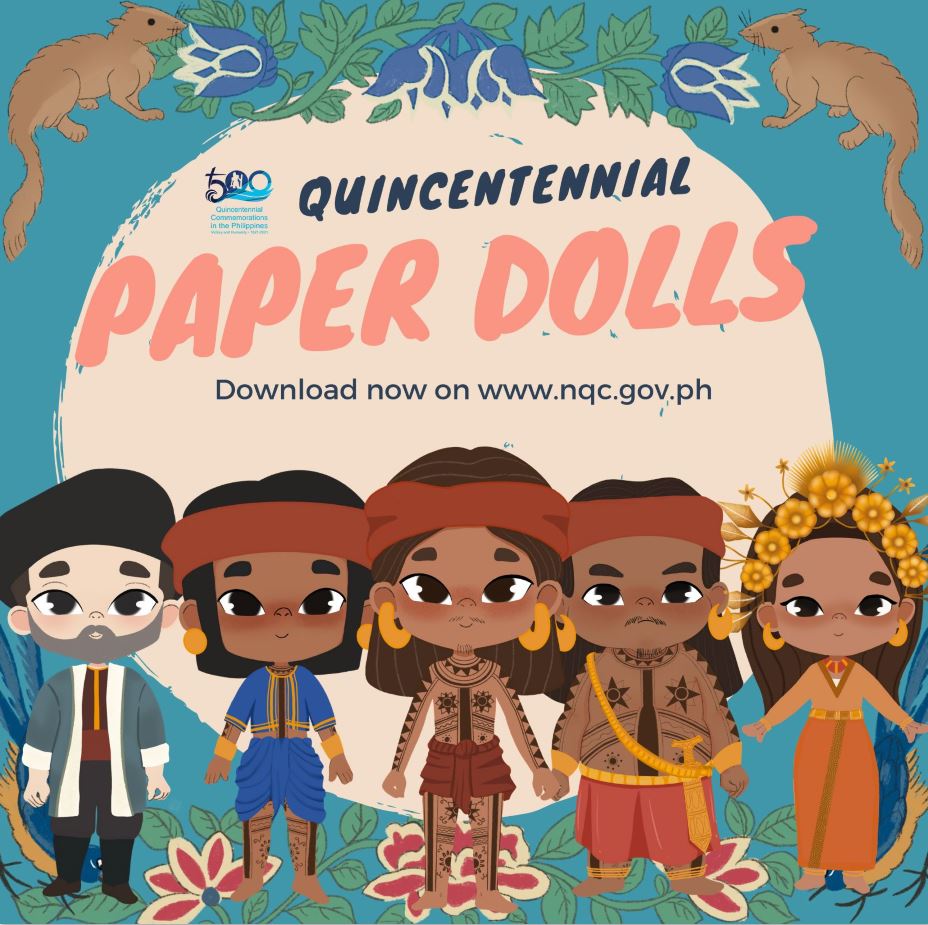 The Quincentennial Paper Craft Series, inspired by the illustrations in the 16th century Boxer Codex, was designed by Abegail Purisima, a history graduate of the Polytechnic University of the Philippines.

The Quincentennial Paper Crafts Series intends to bring the early Filipino heritage closer to contemporary children and to help them connect to their pre-colonial roots.

History enthusiasts and school children may download the Quincentennial Paper Crafts Series for free on the NQC website here.

It was December last year when the Philippines started its 500-day countdown to the nationwide Quincentennial Celebrations on April 27, 2021.

In April this year, during the eve of the 499th anniversary of the Battle of Mactan, the National Historical Commission of the Philippines released a new portrait of Lapulapu, the leader and hero who hailed from the island.

SEND CHEERS in the comments below to the team behind the Quincentennial Paper Craft Series for the Paper Dolls to celebrate the Philippines’ role in the 500-year anniversary celebrations in 2021.