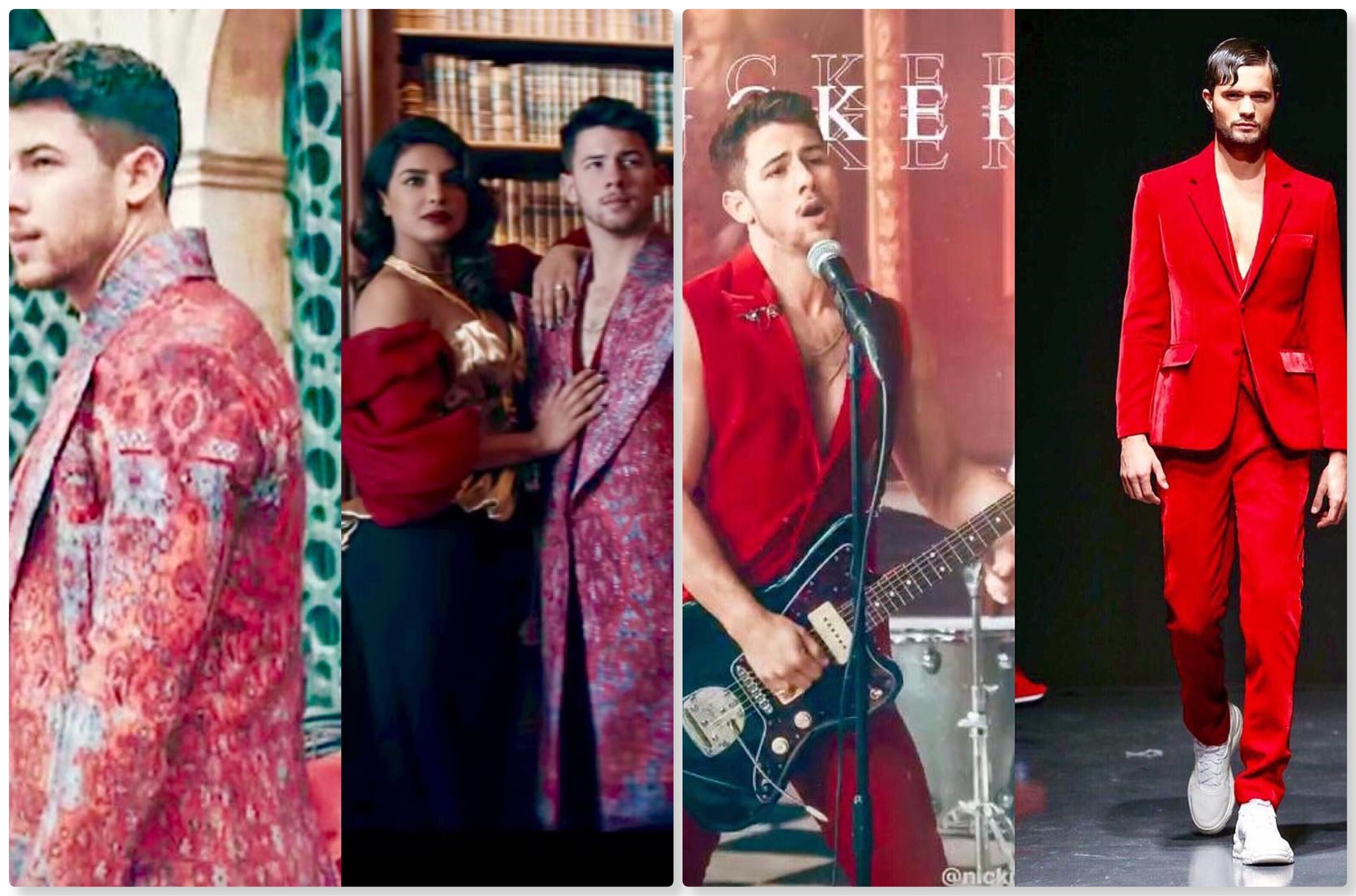 American singer-actor Nick Jonas reunited with his brothers Kevin and Joe – once again forming the Disney Channel-popularized Jonas Brothers – in a music video for their new single “Sucker” – and people could not help but notice the head-turning coat by Michael Cinco that Nick was wearing.

Dubai-based Filipino fashion designer Michael Cinco confirmed on Instagram his fashion contribution to the music video by posting screenshots of his designs worn by Jonas in the music video – a crystal-studded coat inspired from Persian carpet and a crimson red vest.

The Jonas Brothers reunion music video, which also features their respective partners Sophie Turner, Priyanka Chopra, and Danielle Jonas, is now trending on social media with more than 45 million views from the day it was posted on YouTube on February 28.

Shoutout your comments below to let the world know how proud you are of Filipino artist Michael Cinco!