Oscars big winner Black Panther, which won 3 of its 7 Academy Awards nominations including Best Original Music Score, Best Production Design, and Best Costume Design turns out to have a visual designer who is a Filipino – Anthony Francisco.

Black Panther won the Oscars for Best in Costume Design, an award given to Ruth Carter for leading the movie’s Costume Department. The costumes for Dora Milaje, Okoye, and Nakia were designed by Francisco, a senior visual designer for Marvel Studios’ Visual Development Department.

Francisco told Good News Pilipinas that the Visual Development team is where the  costume design process begins and that their team collaborates with the costume designers once they are hired for each film. The costumes designed by Francisco were approved before Marvel turned it over to Carter and her team.

“Our task is to design the heroes and villains of the MCU,” says Francisco of the Marvel Studios Visual Development Department led by Ryan Meinerding.

The proudly Filipino visual artist went on social media to congratulate the movie’s team of designers and acknowledged netizens pointing out his role in the award-winning superhero movie.

In an NBC News report Anthony Francisco revealed he drew inspiration from his Filipino upbringing, bringing not his creative process the weave chairs his family owned, their table runners which he used as belt and over the shoulder, clothing from the Igorot ethnic group in the Philippines,

The Filipino designer said he “wanted to make sure the costumes were iconic and communicated strength and modernity.”

“I hate it when women are put down,” Francisco said to NBC News adding, “That was the main drive for me when I designed this. Aside from the cultural representation, the #MeToo movement was happening while I was working on this. It was important for me to do a really good job.”

Francisco also talked about relating with the Japanese, Native American, and African minorities issues as a migrant Filipino who moved to the United States when he was a teenager. 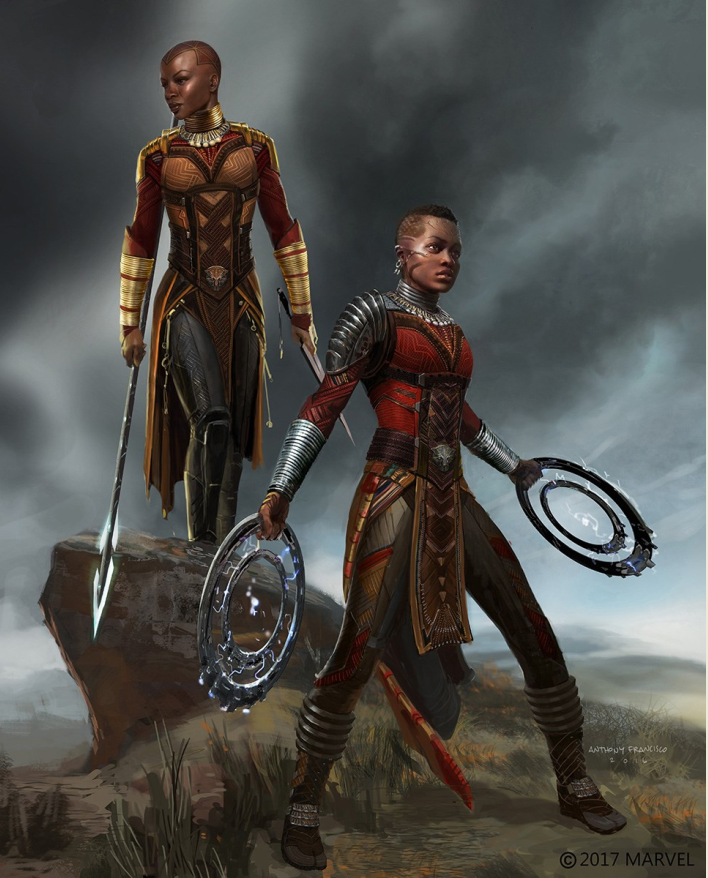 “They thought I grew up in a hut! But yes, we do have technology,” Francisco said. “That’s why this movie was close to me. It was important to me as a fellow minority to be a part of changing the narrative.”

The Marvel Studios designer together with his Visual Development Team has worked on several Hollywood hit movies’ heroes and villains from the Marvel Cinematic Universe including “Avengers: The Infinity War,” “Ant-Man,” “Doctor Strange,” “Guardians of the Galaxy,” and “Thor: Ragnarok.”

Tell Anthony Francisco how much you admire his work for Black Panther and the Marvel Cinematic Universe in the comment section below.