The public high school in Dagupan made it through to the finals after being shortlisted in the top 50 from among 1,000 entries to the inaugural global competition between schools that are transforming the lives of their students and making a real difference in their communities.

BBNHS was announced as a Top 3 finalist on September 22, 2022, along with the other 14 finalists from the categories of Community Collaboration, Environmental Action, Innovation, Overcoming Adversity, and Supporting Healthy Lives, all vying for the five World’s Best School Prizes of USD50,000 each.

The Philippines is joined by Switzerland and Indonesia in the top 3 of the World’s Best Schools for Environmental Action, after competing against Argentina, Canada, Colombia, Greece, Malawi, Palestine, and the United Arab Emirates.

This World’s Best School Prize for Environmental Action “recognises the importance of youth, students and schools in climate action that engage with solutions for global warming and climate crisis. Seeking to mitigate and reverse the adverse impact of climate change on the planet, and all species, and the issues of uncertainty, inequity and poverty that results from it, taking individual and collective responsibility for the environment and a focus on the importance of sustainability is key for all schools and their communities. The winning school We are looking for schools that help students take action to protect their future as one of the school’s priorities.”

The Pangasinan public high school’s entry for the global competition is its Longos River mangrove planting project together with a coastal clean-up implemented after the devastation to local communities brought on by Typhoon Ondoy in 2009.

The involvement of students since then in environmental action has given the school a reputation for being a leader in the practice of integration of classrooms and the real-life application of a solution that has contributed to the clearing and cleaning of waterways in the area.

An online advisory public vote has been instituted to complement the work of the independent Judging Academy in the selection of the five category winners to be announced on October 19 during World Education Week.

Here's How to Vote for Bonuan Buquig National High School to help them win one of the five @BestSchoolPrize & $50,000. Public Advisory Vote closes on October 2, 2022.
Vote for them at: https://t.co/ElgUK7ZsI7#StrongSchools STORY TO FOLLOW via @GoodNewsPinas_

The World’s Best School Prizes is hosted by T4 Education, a global education organization that aims to recognize the excellence and dedication of schools in the world ‘in transforming the lives of their students.’

Another ongoing international tilt for high school students has two Filipino students n the finals, Kyle Coloma of the Mandaluyong City Science High School and Jaz Villanueva of OB Montessori, who are vying to win the Breakthrough Junior Challenge in math and sciences.

VOTE for Pangasinan’s Bonuan Boquig National High School in the World’s Best School Prizes for Environmental Action and SHARE THIS STORY to encourage others to do the same! 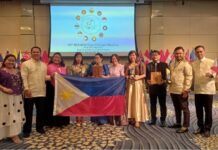 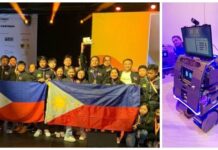