Lawyer Paulo Garcia was sworn in on May 21 as List Member of Parliament in New Lynn for the New Zealand National Party – marking the first time an MP of Filipino descent is holding the office.

MP Paulo Garcia begins his term immediately and will be a member of the Foreign Affairs, Defence and Trade committee. 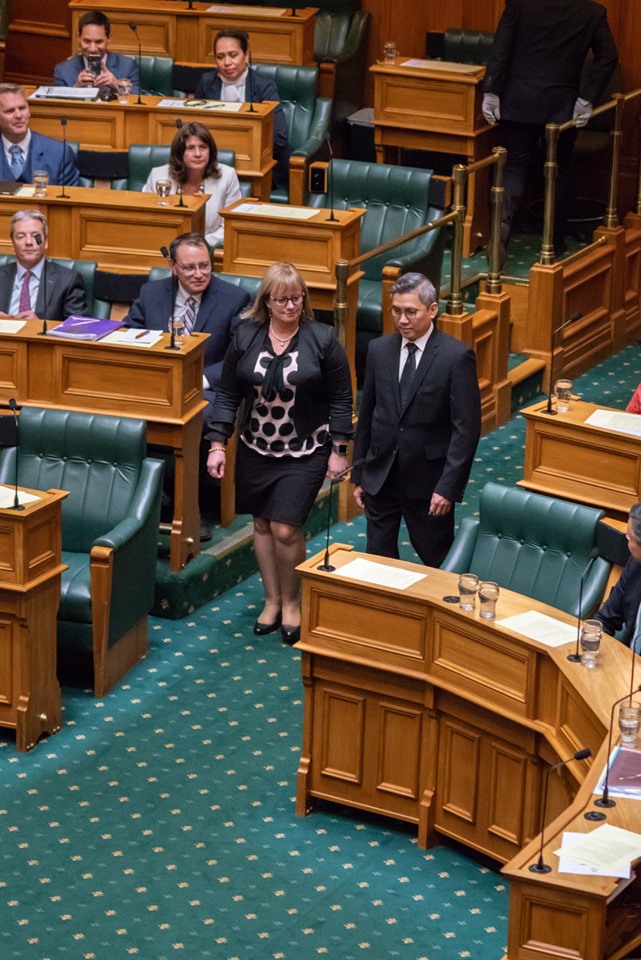 “Some have tried but didn’t succeed,” says Rene Molina about the value of MP Paulo Garcia’s election as NZ MP. “MP is a combo of senator-congressman, they make our laws. We’re quite elated about this happening.”

Molina refers to MP Garcia as highly qualified with him being a New Zealand-educated lawyer, a community and church leader, and former Consul-General of the Philippines in Auckland.

Before migrating to New Zealand, Garcia practiced law after graduating from the University of the Philippines. He also studied at the COP of the University of Auckland and the Academy of American and International Law in Dallas, Texas.

LEARN MORE about University of the Philippines education.

Garcia is a devote Christian, serving as Chairman of Family Enrichment New Zealand.

“Filipinos have a very high regard for him,” adds the Barangay New Zealand Free FM 89.0 and iChannel 2020 Founder and Broadcaster.

Molina also went on social media saying the swearing in event is “History in the making for the Filipinos in Aotearoa New Zealand… it’s a great day to be a Kiwinoy!”

Molina broadcast the first public appearance and swearing in of MP Paulo Garcia on iChannel2020.

MP Paulo Garcia also went on social media prior to being sworn in, saying, “Becoming a Member of Parliament is an amazing opportunity to serve all of New Zealand – not only the Filipino migrant community but all migrants, as well. It is such a privilege and I am humbled in the opportunity to work with the National Party caucus.

WATCH the video and send your congratulations in the comments below for MP Paulo Garcia, the first Filipino to be elected into the New Zealand Parliament!