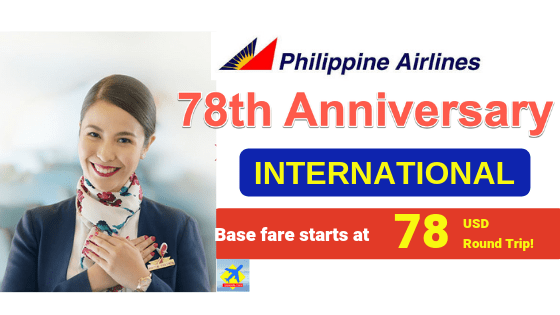 Philippine Airlines, the country’s flag carrier, is celebrating its 78th Anniversary with a big sale on more than 2 million seats in its domestic and international flights.

PAL, one of the World’s Top 50 Carriers, announced on February 27 its travel-spree offerings with base fares as low as PHP78 for domestic flights and USD78 for international flights.

Booking for the on-sale seats for PAL, which recently upgraded its aircrafts, will last until March 10, 2019. Travel schedules are from March 16-December 31, 2019.

Tell us where you are going on your next flight via PAL in the comments below!