Receiving the award was a bittersweet victory for the Philippine team after having claimed only the third spot in the competition but at the same time overwhelmingly defeating the home team, China, twice!

During their second encounter, our batters had a sizzling start, having a commanding 7-1 run in only just two innings. The Filipina baseball team trashed the host team 11–1 to take the third position in the podium.

The Pinay batters took early victories on the super round preliminaries, as they captured a 6-2 victory over crowd favorite China and a string of upset victories over powerhouse Hong Kong and South Korea during the eliminations.

The team suffered a disappointing defeat, 0-15, to the world’s No. 3 Chinese Taipei, while the Japanese dominated the Pinays with a 17- 2 loss, which led to its rematch with China.

Apart from bringing home the bronze medal, individual awards were also given to two of our batters.

Clariz Palma received the Best Pitcher title with a tournament-best win-loss record of 3-0 after pitching four of the last six games of the Philippine team. The 26-year-old Palma was credited for the Philippines’ wins over China, South Korea, and Hong Kong.

Whell Ghene Camral took home the Best Third Base citation for her consistent play. The 25-year-old Camral’s best record in the tourney was in the Hong Kong match where she cracked four hits including a double and triple and registered two RBIs in five at-bats.

The Philippine Amateur Baseball Association is fielding teams to the 30th Southeast Asian Games slated to be held from November 30 to December 11.

SEND congratulations in the comments below to the Philippine Women’s National Baseball Team for their strong podium finish in the Asian Women’s Baseball Cup! 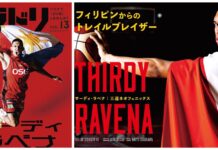 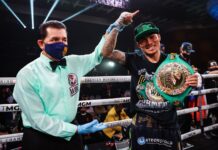