The Filipinos were named among the 8 winners in the 5th edition of the UNEP Asia Awards announced in a virtual ceremony on February 17, 2021. 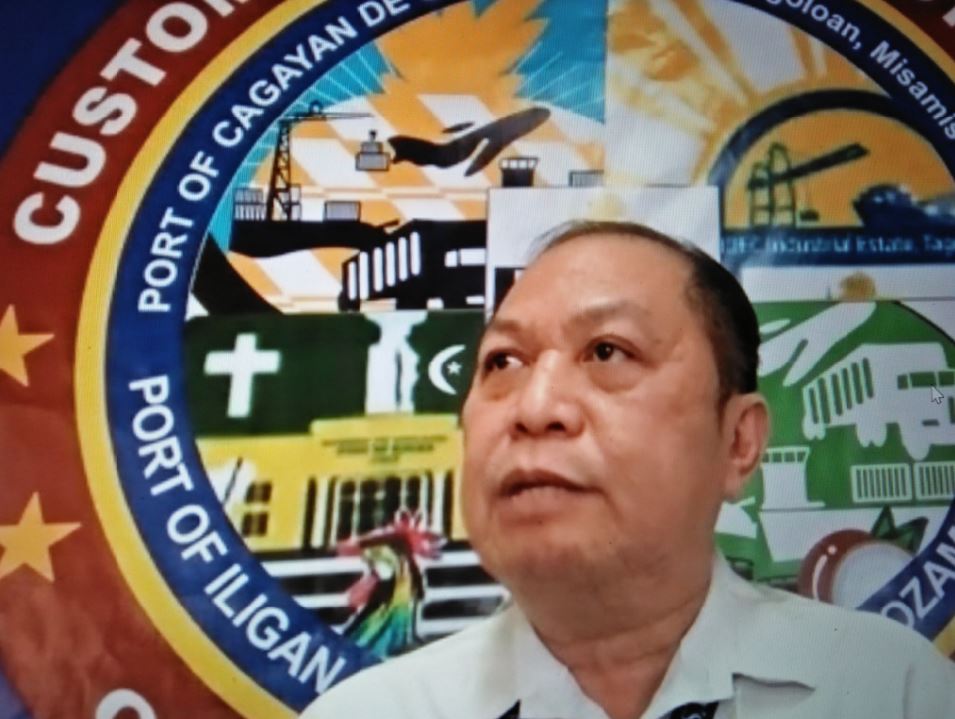 John Simon, District Collector of the Bureau of Customs (BOC) in Region 10 was recognized for his efforts in the seizure and eventual repatriation of illegal waste shipments from South Korea totaling 364 containers of wrongly declared “plastic synthetic flakes,” which turned out to be contaminated mixed waste.

The UNEP award for Impact and Integrity was given to John Simon with the following citation:

“Braving threats to his life, John Simon, a District Customs Collector of the Philippine Bureau of Customs, upended a multimillion-dollar smuggling operation, seizing 10,000 tons of illegal waste being smuggled into the Philippines. After the seizure, Simon pursued legal avenues to have the waste repatriated to the country of origin in accordance with the Basel Convention on the Control of Transboundary Movements of Hazardous Wastes and their Disposal. Collaborating with other agencies and advocacy groups, he helped to initiate court proceedings against three foreign suspects implicated in the smuggling operation and to propose new legislation on the illegal importation of waste. Simon also spearheaded the cleaning and restoration of an imported waste dumping site.”

Earlier in January, the EcoWaste Coalition also honored Simon for the same feat with the group’s first-ever “Environmental Justice Award”.

POGI was recognized for providing an excellent example of collaboration and coordination among enforcement agencies leading to the improved impact of operations against the illegal trade in wildlife.

“POGI, a multi-agency government task force, made a number of key arrests during the nomination period. Foremost amongst them was Sharon Jonion, a notorious online wildlife trader who had eluded authorities for 5 years. The team recovered 13 rare animals during this arrest. With representation from the Department of Environment and Natural Resources – Biodiversity Management Bureau (DENR-BMB) and the National Bureau of Investigation – Environmental Crime Division (NBI-ECD). the POGI team has provided an excellent example of collaboration and coordination between enforcement agencies leading to improved impact of operations against the illegal trade in wildlife.”

The AEEA, now in its fifth year, is given to any government official or institution working on transboundary environmental crime. The awardees are determined by a review committee consisting of the United Nations Environment Programme (UNEP), United Nations Development Programme, United Nations Office on Drugs and Crime, the Secretariat of the Convention on International Trade in Endangered Species of Wild Fauna and Flora, International Criminal Police Organization, and the World Customs Organization.

“Transboundary environmental crime threatens both the planet and people,” said Dechen Tsering, UNEP Regional Director and Representative for Asia and the Pacific.

According to UNEP, ”environmental crime is the fourth largest illegal activity after drug smuggling, counterfeiting and human trafficking. The value of crimes such as illegal trade in wildlife and forest products, illegal waste dumping, smuggling of ozone-depleting substances, and illegal mining is estimated at up to $258 billion per year.”

Simon’s latest triumph and that of another recipient from Malaysia encouraged civil society organizations in Southeast Asia to call for a robust regional policy that will protect the region’s over 655 million people and their rich but threatened biodiversity and ecosystems from the adverse impacts of global waste dumping.

The awardee from Malaysia, the Enforcement Division of the Department of Environment, obtained the award for actions taken to return over 200 containers of illegal plastic waste imports to exporting countries, including USA, UK, France and Canada, and for closing illegal plastic recycling factories in the country.

In a statement, the EcoWaste Coalition and the Consumers’ Association of Penang (CAP-Malaysia) urged the 10 member states of the Association of Southeast Asian Nations (ASEAN) to declare the entire region as “no dumping ground” for hazardous wastes and other wastes such as household and plastic garbage.

“The AEEA conferred to environmental enforcers in Malaysia and the Philippines has again turned the spotlight on the illegal traffic of waste in Asia and the need for greater collaboration and vigilance, nationally and regionally, to put an end to such an environmental crime,” said Mageswari Sangaralingam, Researcher, CAP.

“To protect the region from the environmental and health impacts of waste trade, all the ASEAN member states should immediately ratify the Basel Convention Ban Amendment and fix regulatory loopholes if any that ‘legalize’ the entry of hazardous wastes and other wastes disguised as recyclable scraps. Regionally, we urge the ASEAN to adopt a declaration, or better still an agreement, proclaiming the region as no dumping ground for foreign waste,” said Aileen Lucero, National Coordinator, EcoWaste Coalition.

“Now is the time for the ASEAN to flex its muscles as a regional bloc to denounce global waste dumping and affirm its unity to safeguard the region’s people and the environment from the drawbacks and hazards of waste trade,” said Chinkie Peliño-Golle, Regional Coordinator, International Pollutants Elimination Network – Southeast and East Asia (IPEN-SEA).

Brunei, as chair of the ASEAN for 2021, should use its positive influence to promote the expeditious ratification of the Basel Convention Ban Amendment by countries in the region, the groups said. To date, only Brunei, Indonesia and Malaysia from Southeast Asia have ratified the said amendment banning all exports of hazardous wastes from developed to developing countries. The amendment finally entered into force on December 5, 2019.

SEND CONGRATULATIONS in the comments below to the Philippines’ John Simon and POGI for winning the UN Asia Environmental Enforcement Award!