Philippine Space Agency (PhilSA) researchers have been accepted to the space science training of the Indian Space Research Organisation (ISRO), hailed for its world’s top 2 and top 10 scientists and best known for the successful insertion of its maiden interplanetary mission into Martian orbit.

The Filipino space scientists were selected for the Unispace Nanosatellite Assembly and Training (UNNATI) which teaches assembly, integration, and testing (AIT) of nanosatellites in a multicultural context, drawing from the space technology experience on the peaceful uses of outer space by United Nations member states.

The PhilSA report said Capardo and Rosimo are expected to develop expertise in satellite technology, obtain hands-on experience in AIT, gain exposure to satellite fabrication technologies, and observe and implement best practices and methodologies by ISRO.

Engr. Capardo joined the STAMINA4Space program at the University of the Philippines Diliman (UP Diliman) in 2019, the year the PhilSA was established, up until recently when she joined the PhilSA. The space scientist graduated from Ateneo de Naga University with a degree in Electronics Engineering.

Nathan Oscar Rosimo was a Department of Science and Technology (DOST) Science Education Institute (SEI) scholar at the University of the Philippines Diliman.

The Philippines has been launching nanosatellites developed by Filipino space scientists trained at the University of the Philippines using the technology for acquiring space data to help solve climate change issues.

SEND MABUHAY CHEERS in the comments below as two Filipino space science researchers from PhilSA join the ISRO training in October to enhance the country’s capability in the peaceful use of spaces! 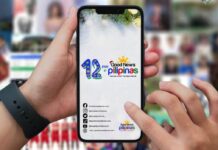